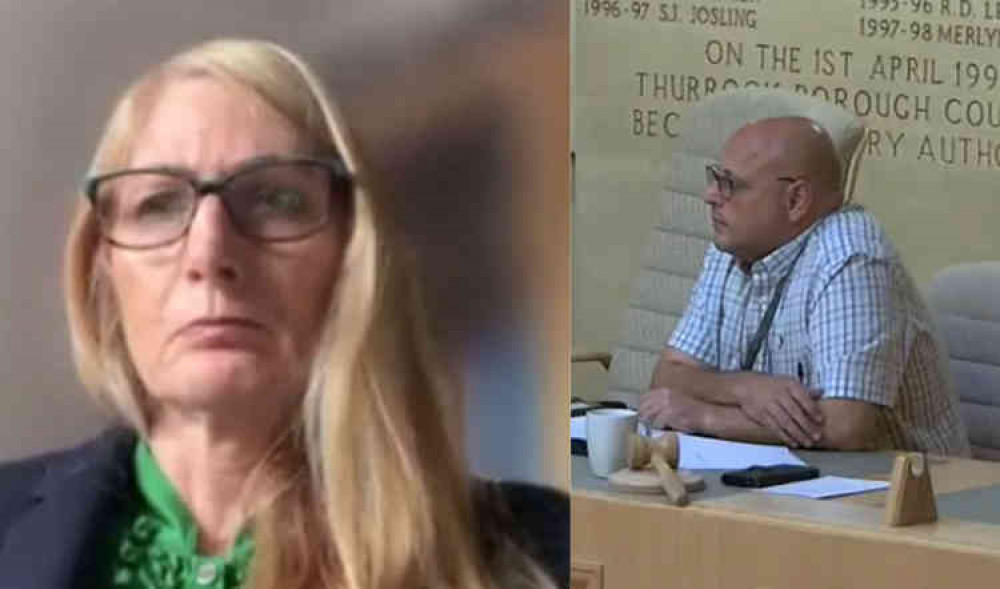 THE new chair of Thurrock Council's planning, transport, regeneration overview and scrutiny committee has spoken of the 'disrespect' shown by the authority's senior officers to elected members.

Cllr John Allen was speaking after the chief executive and finance director declined to attend his committee to discuss the £40 million overspend on the A13 widening project - in the week that it has been flagged up that the cost could rise even further.

He had asked CEO Lyn Carpenter and finance boss Sean Clark to attend last night's (Monday, 7 September) meeting to answer questions about the overspend and delays - and the decision to pay a further £150,000 to consultants to look at the project.

Also on his agenda was the Stanford-le-Hope station project which is also significantly over budget and delayed.

But neither showed for the meeting, Cllr Allen's first in the chair of the committee.

At the start of last night's meeting Cllr Allen said: "I would like to start by saying a huge thank-you for the opportunity to chair this committee. It is a privilege and honour to do so.

Cllr Allen then called on councillors to avoid political point-scoring as they are 'here to represent the people of Thurrock, not political parties'.

And he leveled criticism at Ms Carpenter and Mr Clark saying: "I must say I am very disappointed that my invitation to both the chief executive and finance director to this meeting tonight to answer questions on the huge overspend of the A13 has been completely ignored which I find most disrespectful to myself as chair."

Later this week another committee, the standards and audit committee, will hear the cost of the A13 project could soar more. The budget for the widening between Stanford-le-Hope and the Orsett Cock roundabout ballooned from £79million to £114.67million following a series of problems and blunders in cost projects by the council.

This could now go even higher as a result of the Covid-19 pandemic and the current completion date of between autumn and winter 2021 could also be pushed back.

The new details have been revealed in a quarterly report that is due to be discussed by the council's Standards and Audit Committee on Thursday (10 Sptember).

It says that there "will be a cost impact from the Covid-19 crisis" but this is difficult to assess as the pandemic is ongoing. Furthermore, the report adds it is likely "there will be further delays" which is also a consequence of the virus but how much of a delay cannot be determined.

The news comes as the council continues to struggle to figure out how to pay off the the funding gap caused by the previous cost overruns. The options being considered include looking for more funding through grants, asking the private sector for contributions or using taxpayers' cash from the council itself.

Conservative councillor Mark Coxshall, who oversees regeneration, has explained the project is more important than ever as it offers jobs and will ultimately help the economic recovery of south Essex.

But Labour councillor Martin Kerin, who up until recently chaired the council's regeneration committee, has called for Mr Coxshall to resign over what he called "mismanagement" of the project.

Thurrock Nub News has asked the council - and recently employed consultants Mace Ltd - what the £740,000 spend on consultancy for both projects (£150,000 for the A13 and £590,000 on the station) is being spent on. The council and Mace have declined to respond so far.

Nub News is hiring in Sales