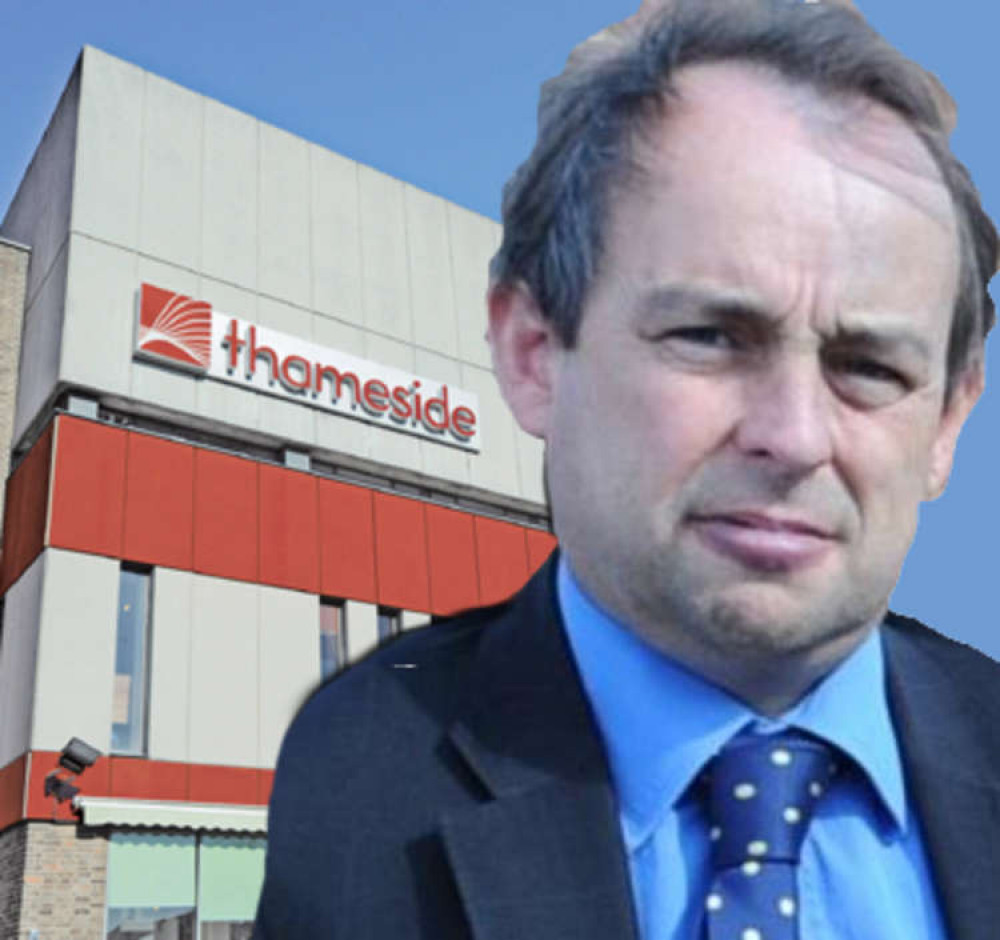 Cllr Mark Coxshall's views on the future of the Thameside Theatre appear to have changed.

THE chances of saving Thurrock's threatened Thameside Theatre have been raised significantly after a meeting of senior borough councillors this week.

At a meeting of the council's ruling Conservative cabinet on Wednesday, 12 January, it was agreed the best future for the Theatre will be in the hands of the community.

The future of the theatre and the whole Thameside complex had looked bleak as the cash-strapped council looked set to shut the building down to help it fill a £34.3million financial black hole.

However, a hugely well-supported campaign across the whole borough and a campaign by theatre-loving activists appears to have shaped a change in mindset among leading councillors.

At this week's cabinet its members discussed negotiations which have been ongoing with community groups to take over the running of the popular theatre and now believe it would be the best possible outcome.

Cllr Mark Coxshall, portfolio holder for regeneration, strategic planning and external relations, presented a report on the negotiations. He said: "The report sets out the conversations we've had since last July for savings and alternative uses for the Thameside building.

"The original decision wasn't just about saving money. It was also to kickstart a conversation for a better cultural offering in the borough. Things have moved forward quite a lot in the last few months. We've had discussions with interested parties over the future of the building and they are progressing very well."

Cllr Coxshall added: "The last six months have been extremely constructive and I hope a community run building will be the outcome of this. There's still a lot of work to be done because I want to make sure that we're not back here in five years' time in the same state and that is with a low-funded poorly maintained building and not enough residents engaging and using the building.

"Community use is the way to go and let's hope we can get an agreement so that we solve this once and for all and we don't kick the can down the line which has been happening for the last 12 years."

Cllr Deborah Huelin, responsible for adults and communities, has also taken part in discussion with the community. She said: "There was an awful lot of scaremongering by the opposition at the beginning. It was always Cllr Coxshall's and my aim to work with communities to see what we could do with the building.

"We have had some difficult conversations but always constructive and now we realise we all want the same thing which is to have a much better arts and culture offering in this borough, well-funded, well-supported and somewhere people want to go."

The cabinet will receive an update on the negotiations in March.

A13 will be shut for weekend