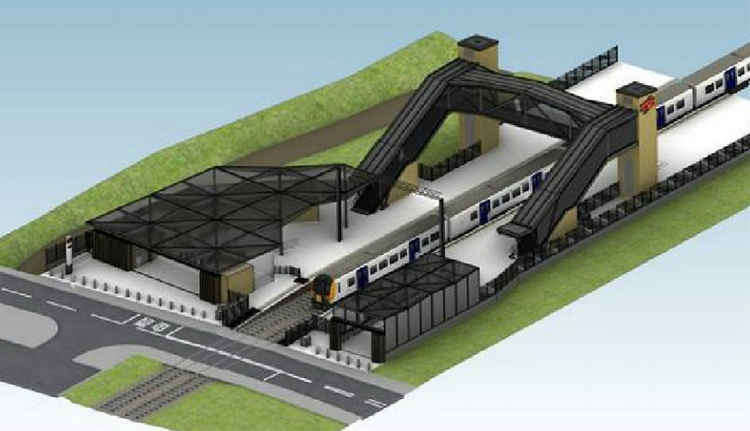 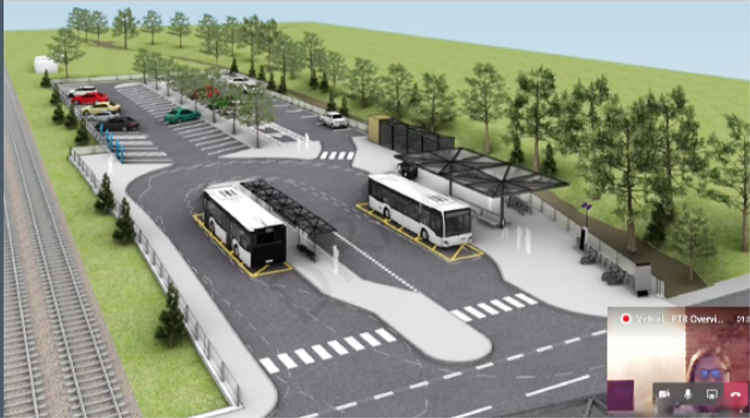 THE long anticipated restart of work on Stanford-le-Hope's rail station will not begin until late June or later next year.

Planning permission for the new rail station design to the east of London Road – but not the car park or proposed bus turnaround site to the west – was granted in July. Yet it seems there is still a lot of work to be undertaken as 'detailed design works and assessments' still need to be carried out.

Before the planning meeting the authority's cabinet agreed to split the much delated and over budget project into two sections to ensure some progress was made after two years of delays.

At that time latest available figures spent on the whole project were around £11 million, leaving the council with the task of completing the scheme for just eight more million if it is to stick to its revived 'budget envelope' of £19 million for the scheme, though some council reports have put that envelope at £20 million.

Critics of the scheme say it is extremely unlikely that the council will be able to bring the scheme in within the new budget, whether it is £19 or £20 million – and the council has already conceded it may be selling off part of the adjacent land it bought for £4 million to balance the books. Rather than an extended car park, the former Daybreak windows site could become host to a new homes project.

Today (Thursday, 30 September) the council has announced that the 'work to progress the major redevelopment of Stanford-le-Hope railway station is now moving at pace'.

The statement says: "Thurrock Council shared invitations to tender this month after asking for expressions of interest in August. The council's planning committee granted planning approval in July, after the committee deferred a decision in February.

"The three-month tender exercise will conclude in December and will see a Network Rail approved contractor appointed in the New Year. The contractor will then complete the crucial next stage of detailed design works and assessments before spades hit the ground in summer 2022."

Cabinet member for regeneration, strategic planning, and external relationships Cllr Mark Coxshall, adds: "Stanford-le-Hope needs and deserves a fit-for-purpose modern station that is accessible to everyone and safe. Moving this forward has been challenging for everyone involved but I am pleased to say we can now get the job done for the residents of Stanford-le-Hope, Corringham, Fobbing and Horndon on the Hill.

"The new station will provide an improved facility for passengers and a huge improvement on the look and feel of the local area. We are committed to building the right infrastructure to support our communities and I want to thank the residents of Stanford who have helped us get to this exciting stage."

The new station will feature step-free access from the street, wider platforms with covered waiting areas on the London-bound side, increased cycle storage, and facilities for a coffee vendor. A footbridge with lifts will also be installed to help improve accessibility.

The council says will continue to work with local residents and stakeholders including c2c, Network Rail and DP World as plans progress and welcomes feedback. The council hosts a website with details of its Stanford station project here.

A report to next Tuesday's (5 October) meeting of the council's planning, transport, regeneration overview and scrutiny committee gives details - but no figures, of the council's attempt to claw back financial management of the hugely overspent project.

Its bureaucratically-worded update says: "The project steering group is continuing to meet on a monthly basis, to share information and ideas and obtain feedback on progress to ensure this infrastructure is coming forward with the agreement of stakeholders and local residents. So far, all the feedback has been very positive.

"High level "estimated project" cost evaluation exercises have been carried out at two "checkpoints" through the design process, once when the full concept was agreed and a further check for pre-tender approval, to give further certainty and to give some indicative numbers in support of the tender evaluation process. It is proposed to carry out a further check, using independent estimators to carry out a pricing exercise in parallel with the tender, to provide a benchmark against which to evaluate the tender submissions.

"A detailed programme has been developed to reflect the revised baseline and is currently being maintained to track the time required to deliver the scheme including a fully compliant tender process. This includes the preparation of tender documentation, prequalification of bidders, the tender process, through to tender evaluation and award."

£11 million and who is counting?

Council is Byrned by station decision