The damned council! Details emerge of scathing criticism of officers and leadership. Top tiers of management may be sacked. Report says there was a culture of insularity and complacency and Thurrock Council was run in state of 'unconscious incompetence'

A GOVERNMENT minister has delivered a damning indictment of the administration of Thurrock Council and announced up to three tiers of senior management across the authority may lose their jobs.

And it has been suggested that ruling councillors entrenched the position of the party in power by illegally manging the authority's constitution. There has been significant recognition of grievances of opposition councillors who have frequently criticised the ruling Conservatives for their secrecy and contempt for local governance rules. A report says they sanctioned restrictive measures on the democratic process and the suspension of council procedure rules did not align with requirements of the law.

A message from investigators probing the council to the government says: "In breach of the constitution, questions from members have been rejected where the Monitoring Officer judged the question or answer is likely to disclose confidential or exempt information. Judgments made in rejecting questions have erred heavily on the side of non-disclosure which has hindered the ability of members to receive the information they need."

Local government minister Lee Rowley has not spared the rod, saying the recent leadership and management of the council has 'deep systemic weaknesses'.

In a statement in the House of Commons Mr Rowley has detailed the many failings of the council which is £1.5 billion in debt and says that the external investigations currently being run by commissioners it has appointed will now delve even deeper – not just looking at financial maladministration but functions associated with the governance, scrutiny and transparency of strategic decision-making by the authority. 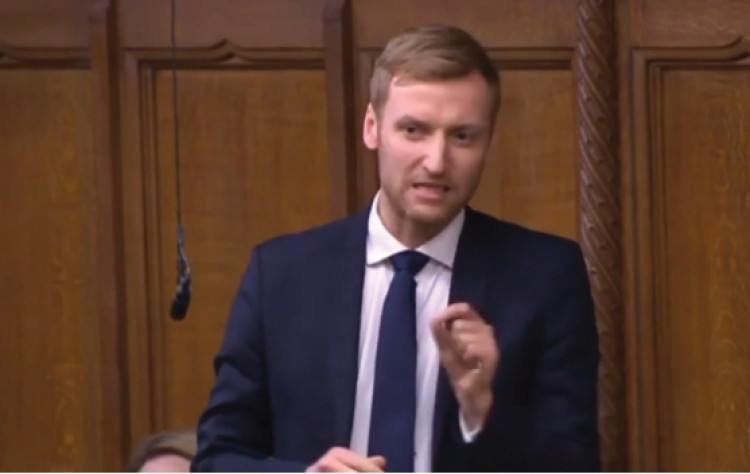 He adds that measures will be put in place to change the council's operating model operating model and redesign council services to achieve value for money and financial sustainability.

And residents have been given sight of the interim findings from an investigation into the failings. Two documents are now online and the minister says government commissioners put in place to investigate what has happened will welcome local comment on them. The commissioners can be contacted by email at [email protected]

The key documents can be read via these links, put into the public domain for the first time:

Condemnation of the council is not just restricted to financial matters. Commissioners say: "Our inspection has highlighted repeated failures in the delivery of major projects. Examples include the development of the new Town Hall, the delivery of the A13 widening scheme, the regeneration of Purfleet and the redevelopment of Stanford-le-Hope station."

One of the immediate changes likely to take place is that the government is set to appoint a managing director at the authority.

Mr Rowley's speech pre-empts a full 'best value' report on the council's activities and the way it managed to lose hundreds of millions of pounds in flawed investments in the green energy sector.

That report was due to be published in early January but the depth of failing by the council has become apparent to the government commissioners put in place to investigate and it is not now expected to be completed until next month. The commissioners now expect to publish their findings in full on 17 February,

However, Mr Rowley has acted on the basis of an update from the commissioners which identifies failures, though it falls short of blaming councillors – pointing the gun of blame largely at officers.

It is expected that Conservative members of the council's cabinet going back since they took control of the authority in 2016 may yet be damned for their complacency, denial and collusion in allowing the unprecedented size of the financial collapse to occur.

Certainly, opposition members will be queuing up to criticise them in the wake of this most recent update from the government.

Some indication of the commissioners' opinion on the running of the council can be found in the interim documents.

For instance, they say the council administration has 'bred a culture of insularity and complacency, within which transparency of decision-making and the operation of the normal and proper checks and balances have been eroded, internal challenge has been discouraged, and external criticism has been routinely dismissed – placing the Council in a state of unconscious incompetence.

"I made it very clear from the start of this that we will be open and transparent about the scope and impact of our financial position and honest about how we must transform the council's approach and management. This latest news does not change that.

"I want to reiterate that my focus is on what matters to local people and to rebuild this council to provide efficient, effective and affordable services.

"I welcome The Secretary of State's commitment to giving the residents of Thurrock to their say on his proposals and I am keen to encourage local people to get involved in shaping the future of the council and the area." 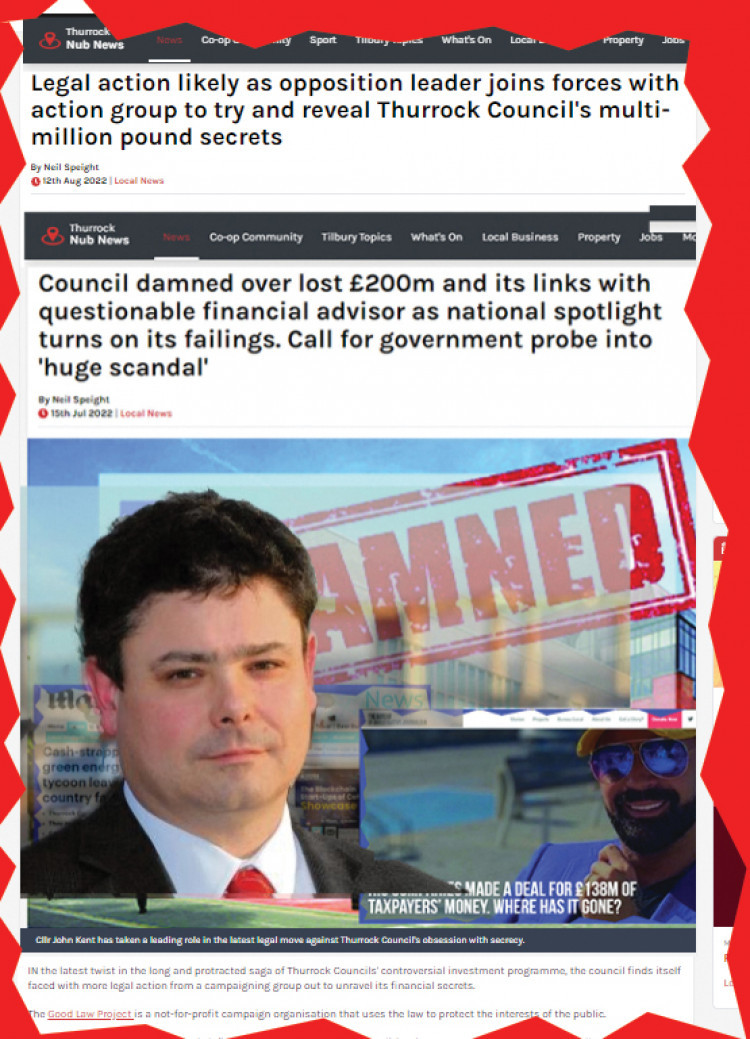 After almsot two years of Conservative members' denials and criticism of the media, Nub News was able to report in August last year that accountability was finally approaching for Thurrock Council's failing administration.

The full statement from Mr Rowley is as follows:

"The Commissioner began their work to support the Authority with immediate effect and submitted their first report to the Secretary of State on 5 December 2022. The Best Value Inspection is ongoing, and on 13 December the inspection team provided the Secretary of State with an update letter which contained key findings and recommendations from their work so far and requested an extension to complete their final report.

"Taken together, the Commissioner report and update letter lay bare the profound weaknesses in this Authority's financial function, which has resulted in unmanageable budget gaps in this financial year and in future years. This situation is primarily a result of the failure of the Authority's commercial investment strategy.

"The Best Value Inspection update letter sets out that in order to achieve value for money going forward, the Authority will need to undertake a programme of radical transformation in relation to its service delivery.

"The documents also reveal significant weaknesses in The Authority's governance function and raise pressing concerns about lack of capacity at Thurrock Council. The Best Value Inspection update letter posits that the Authority's financial failings are a manifestation of deeper systemic weakness in the historic and recent running of the Council.

"Having carefully considered these two documents in the context of the intervention, the Secretary of State is satisfied that the Authority is not meeting its best value duty, both in terms of its known financial issues, and in relation to its governance and staffing functions. He is therefore considering further exercising the powers of direction in the 1999 Act to expand the intervention.

"Whilst we have not yet received the final Best Value Inspection, the Secretary of State and I agree that the evidence and recommendations presented in the Commissioner report and update letter are serious enough to warrant taking steps to expand the intervention now, in order to prevent further best value failure.

"The proposed changes centre on the need to expand the scope of Commissioner's existing powers, which are currently limited to oversight of the financial function. The proposed expansion to the intervention package would give Commissioners powers over the Authority's governance and staffing functions and would instruct the Authority to take further actions to support its recovery, and the work of Commissioners, in order to carry out the improvement and transformation work that is so urgently required.

"In detail, the Secretary of State is minded to issue further Directions to permit the Commissioners to exercise powers over:

"The Secretary of State is minded to make further Directions to the Authority, instructing Thurrock Council to undertake the following actions to the satisfaction of Commissioners:

"The Secretary of State has also reviewed the model of the intervention as a whole and is minded to additionally appoint a Commissioner to act as Managing Director at the Authority. This appointment is intended to strengthen the intervention model and to increase the Authority's capacity to deliver vital improvements.

"It is important to us that all interested parties, especially Thurrock residents, can express their views on these proposals before a final decision is made. We are inviting representations on the Commissioner's first report, the Best Value Inspection update letter, and the Secretary of State's proposals by 7 February 2023.

"In line with procedures laid down in the 1999 Act, officials in the department have written to the Authority today to notify them of the Secretary of State's proposals, and the Authority have been invited to submit representations to the same timeframe.

"Should the Secretary of State decide to expand the scope of the intervention as set out in this statement, he will make the necessary statutory Directions under the Act. Pending a formal decision after the representations period, the department would issue new Directions to supersede and replace those issued on 2 September 2022, and an updated Explanatory Memorandum.

"The challenges facing Thurrock Council are unprecedented and will require extensive work over many years to resolve. The Authority are at the beginning of a long journey to improve its finance and governance functions, and the department stands ready to support Commissioners in any way necessary as part of this vital work. 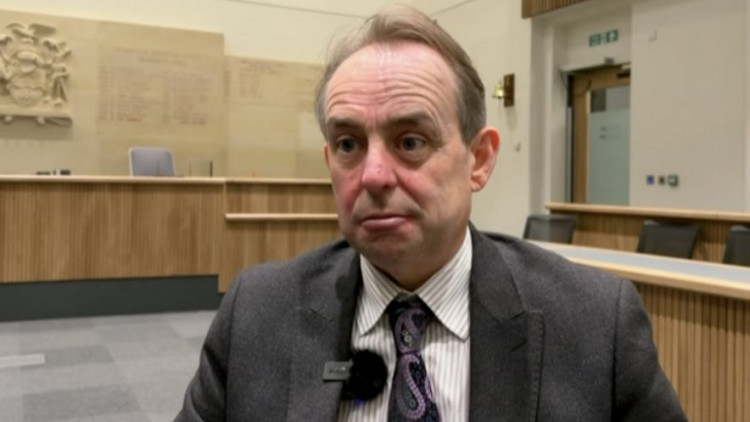 The impact on the council's day-to-day operations is rapidly becoming apparent with cuts made to services and increased charges planned. Earlier today Nub News reported on planned charges for parking permits and increased fees in car parks and roadside parking.

It has also pulled the plug on experts and consultants brought into to support its battle against the planned Lower Thames Crossing and to minimis the ecological impact if it does go ahead.

Many other cuts are being prepared for presentation to members.

"We have been working very closely and cooperatively with the Government Commissioners and this will continue as their remit expands.

"The council is in a much better place than a few months ago at the start of the intervention, thanks to the hard work of our staff, Members, and the support of the Commissioners.

"We've put an initial Improvement and Recovery Plan in place that reflects the Commissioner's first report, and we are taking action to deal with our finances and changing the overall culture of the organisation.

"But we have been clear too that there are some very hard decisions to be made as we deal with our finances and agree how we can maintain our services to local people."