Will Thurrock Council drop £16 million in one of its secret energy investment deals? 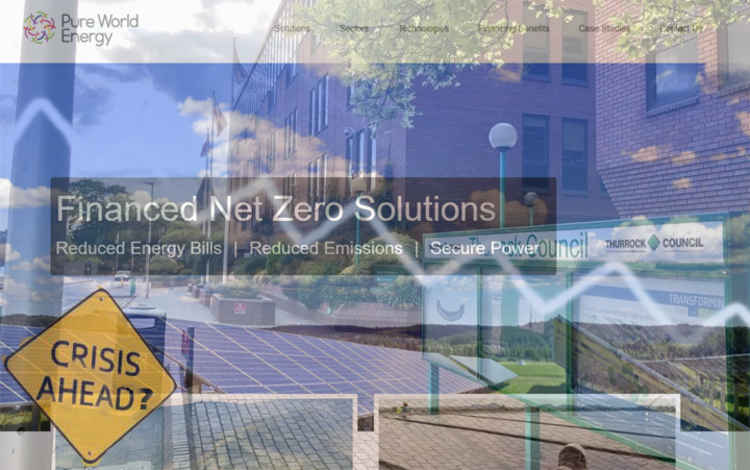 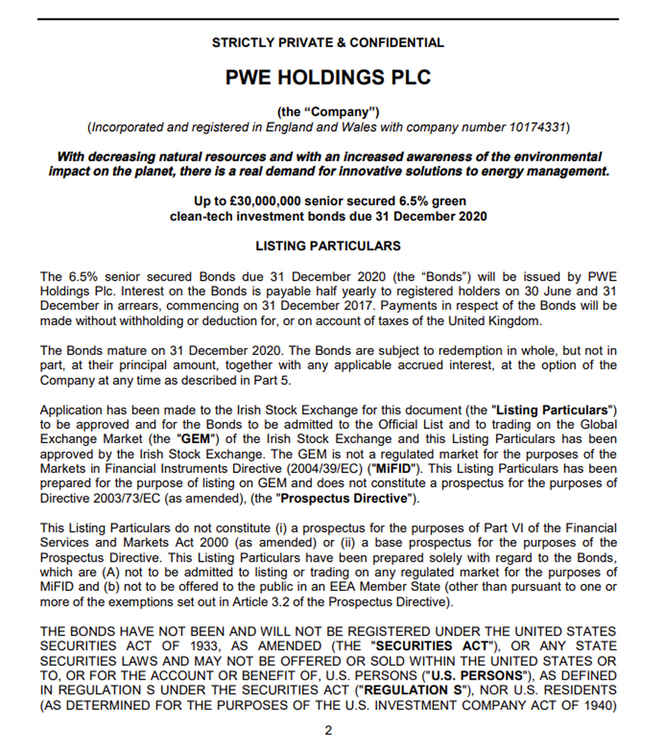 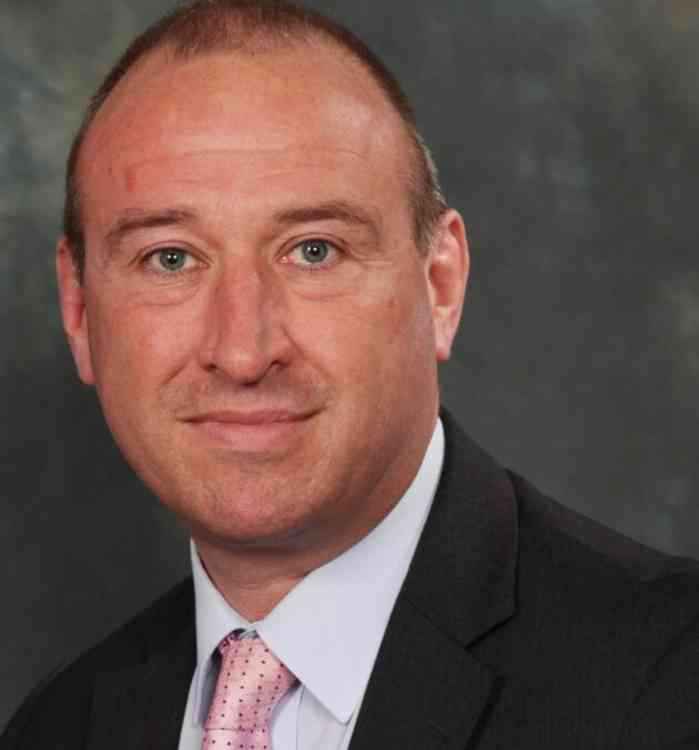 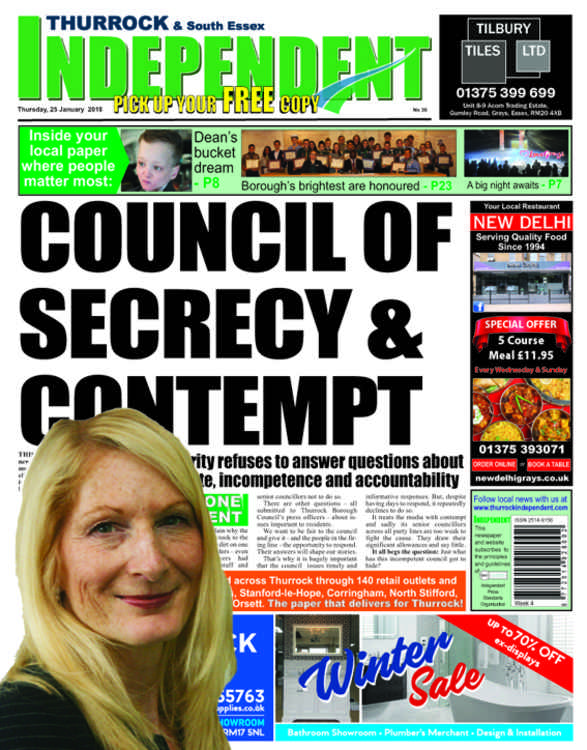 Thurrock Council has a reputation for secrecy and ignoring the media - and even councillors' questions. 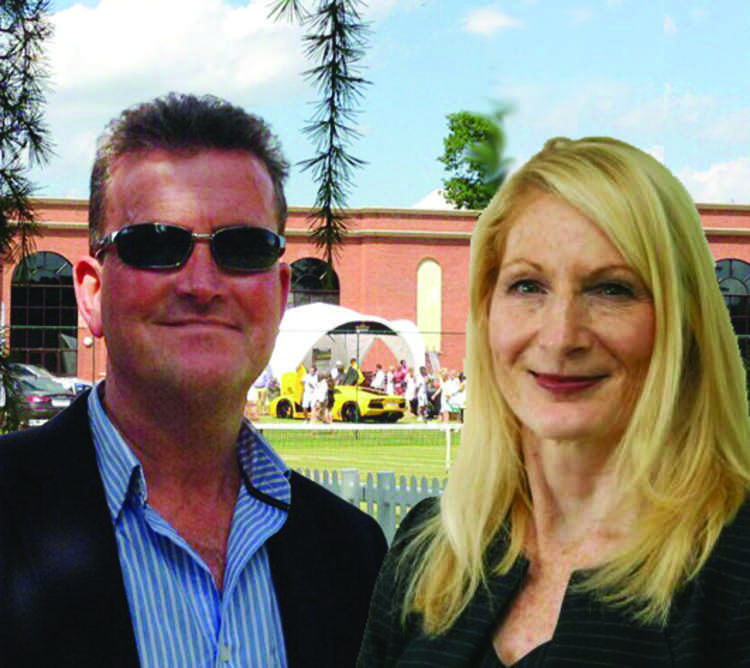 PWE director Tim Hewett and Thurrock Council CEO Lyn Carpenter have past links in the leisure business. This is a composite image and the two were not pictured together.

LEADING Thurrock councillors have been briefed about a possibility the authority's controversial policy of raising cash by investing in energy companies could result in a loss of more than £16 million if a struggling company defaults on planned bond repayments.

Pure World Energy is a Dublin-based company that installs power generation systems to businesses in the UK and Ireland. It claims to provide 'a wide variety of businesses from commercial and industrial sectors the benefits of cost-effective, reliable and environmentally friendly energy'.

It is a wholly-owned subsidiary of PWE Holdings Ltd, which in 2017 sought to raise capital to develop and expand its business by selling investment bonds in packages of £10 million each. There were three such bonds available – and Thurrock Council bought them all.

The cash that the council invested in the company has netted them a return of £4.8 million and PWE has paid back £9 million ahead of the repayment schedule of 31 December 2020 but it is currently struggling financially and may not be able to repay the outstanding debt on time – and speculation has arisen that it may not be able to repay it at all even with a time extension if it cannot reorganise its business and attract new investment.

As it stands at the moment, though the council has a claim on the company's assets if it defaults, the council stands to lose £16.2 million. On paper PWE Holdings currently has assets stated to be worth around £30 million, but in reality it could be worthless.

Prior to the investment from Thurrock Council PWE Holdings lost £523,000 in 2015 and £904,930 the following year. Since then it has not published accounts.

However, in the annual report at the end of 2016 its directors reported they believed that the company's prospects were good. But they added the company was still at an early stage in its development and "this should be considered". Having considered it, Thurrock Council appears to think it was worth the risk of pumping £30 million of taxpayers' money into the company.

But last week, as the deadline for repayment of the bond drew close, Thurrock Council's lead finance director, Sean Clark, who has been at the centre of much controversy over the council's borrowing strategy to make money, called together councillors who sit on the cross-party investment committee. He outlined the situation and warned them of the possibility of a significant financial hit if the worst scenario played out.

Thurrock Nub News understands the three councillors in the committee were finance portfolio holder Cllr Shane Hebb, Labour group leader Cllr John Kent and independent, non-aligned councillor Fraser Massey. Nub News has spoken to all three, but they declined to give details of what they were told – though they confirmed the council faces a potentially damaging situation.

We then pressed the council for a statement about its relationship with PWE Holdings, what due diligence was carried out before investing in a company that has not declared a profit in its history and we also questioned them about a link with one of PWE Holdings' non-executive directors. Tim Hewett joined PWE as a non-executive director in July 2016. The company says he has "a particular interest in assisting businesses, particularly those that are in their early growth stage, and that want to provide services to the UK leisure market." Mr Hewett is featured on the personal Linked-In page of Thurrock Council CEO Lyn Carpenter. When he was working for another company the two were involved in a transaction involving Pure World Energy when she worked for Elmbridge Borough Council. Ms Carpenter has a long career history working in the leisure industry both in the private and public sector. Mr Hewett, from Southbourne, Dorset who enjoys a very comfortable lifestyle with exotic holidays and has a large seagoing motorboat, wrote: "Lyn was our client at both Crawley and Elmbridge Councils and was highly regarded as our client and as a leisure professional. Whilst at Elmbridge Borough Council, Lyn was instrumental in driving a major new build Leisure Centre PPP from start to finish. "Without Lyn's sheer determination, professionalism and commercialism, this PPP project would never have got off the ground never mind being completed thus producing one of the most successful leisure centres in the country. "Lyn would be a great asset to any organisation she worked for and I highly recommend her."

The council has declined to comment on Ms Carpenter's previous contacts with Mr Hewett and Pure World Energy.

However, in response to our questions about due diligence the council has played down the risk and says its investment with PWE Holdings stands up to examination, even though there appears to be no public record of it why it invested and how the decision came to be made. There appears to be no record of having consulted councillors about the investment decision. The council says: "Any suggestion that the council's investment decisions are based on anything other than sound principles and appropriate due diligence is entirely incorrect."

In addition, and knowing that media interest has been sparked in its relationship with PWE, the council has played down the risk and issued the following statement: "Thurrock Council's investment strategy continues to pay at expected levels and over the last two years has brought over £70 million additional income into the council which has been used to provide services for the borough's residents.

"The council is issuing details about the strategy ahead of an upcoming report which appears set to make exaggerated claims that the strategy has been put at risk because of an issue being faced by one company which makes up a single digit percentage of the overall investment fund.

"The specific investment is an asset-backed bond in a company which is experiencing some difficulty as a result of the coronavirus pandemic.

"This company represents a small part of the overall fund, has paid all interest on time and repaid 30% of the principle investment early with the rest being secured against company assets. This specific investment has generated £4.8 million for the council to date. Due diligence was carried out at the time of investment.

"No taxpayer money has been lost. The matter has been reported to the confidential cross-party Investment Committee, which comprises leaders from all groups and has oversight of investment activity and performance, last week and will be updated in January.

"The council is continuing to work constructively with the company and is confident of a successful outcome for all concerned."

The level of secrecy about the council's borrowing to invest strategy has come under huge scrutiny in 2020.

In January Thurrock Nub News first broke the story that the council was more than one billion in debt because of its borrowing strategy. A major investigation by the Bureau of Investigative Journalism and the Times brought the strategy to national attention.

In particular that investigation focused on the council's controversial relationship with investment company RockfireCapital and its 'globe-trotting supercar fan owner Liam Kavanagh – who was paid £5 million in commission to broker deals with the energy industry.

Mr Kavanagh is currently awaiting the outcome of a high profile court case about his stewardship of deals which included tens of millions of pounds of Thurrock Council cash.

And a financial strategy that the ruling Conservative group have consistently trumpeted as a huge success may be starting to come apart. Only last week the authority was forced to concede that less than expected returns from its investments, allied to the impact of coronavirus, meant it would have to downsize and would not be able to continue to spend money it raised from investments on some key local services.

However, in its attempt to defend the current position in its latest statement the authority fell back on the previously acclaimed triumphs. It added: "Overall Thurrock Council's investment strategy, which was unanimously approved by all councillors in 2017, continues to deliver expected returns and provide significant funding for the council, which enables service reform and additional services.

"Thanks to the additional money generated by the strategy the council can afford to go above and beyond that which is normally expected of a council.

"It has meant that Thurrock Council has been in a position to put £1m towards new police officers, allocate £670,000 to tackle anti-social behaviour, £500,000 to improve mental health support in local schools and spend an additional £1.5m on visible environmental improvements over and above the traditional level of services."

Since her arrival at Thurrock Council in September 2015 from Hammersmith & Fulham and the Royal Borough of Kensington and Chelsea - bi-boroughs - where she was Executive Director of Environment, Leisure and Residents Services - Ms Carpenter has headed an authority which has acquired a growing reputation for secrecy across many of its operations and has drawn much media industry criticism for its refusal to answer questions about the way it conducts its business.

In August 2018 Private Eye awarded Ms Carpenter its Rotton Boroughs 'Kim Jong Un Award' for secrecy, saying in its citation that she ordered the council's press office not to talk to the editor of the Thurrock Independent newspaper "because reporters had had the temerity to ask awkward questions".

Strategy is akin to taking out payday loans.

Borrowing could go up to £2 billion.