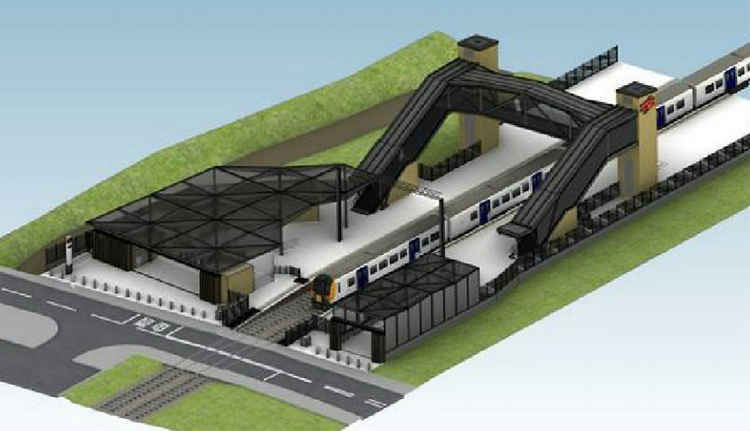 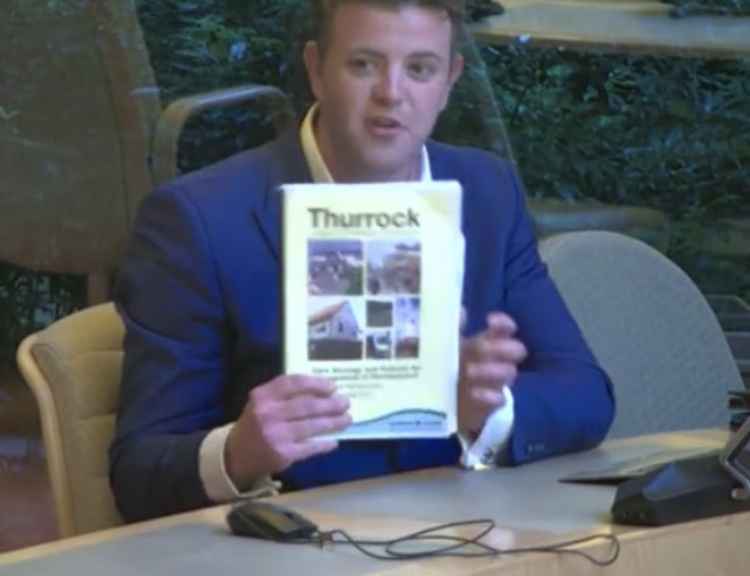 APPROVAL has now been given by Thurrock Council's planning committee for revised plans for Stanford-le-Hope's much delayed and controversial rail station project.

At last night's meeting (Thursday, 15 July) of the committee, which has been reshaped in terms of members and political balance following May's election, phase one of the project – the rebuild of the station itself to the east of London Road – was given the go ahead.

At a committee meeting in February the previous incarnation of the planning committee deferred a decision on phase one the station plans, saying they had to be taken in conjunction with a submission of plans for phase two, the development of the car park and transport interchange to the west of the station.

A majority of the planning committee were against dealing with the scheme in two parts saying it should be one project.

Much of the criticism of the station and a driving force in the call for the two items to be considered together was Cllr Gary Byrne who remains a committee member. Cllr Byrne has previously come in for criticism from the council's officer cohort for expressing his views and his conduct in some meetings - in his own words - he has been 'put on the naughty step'.

Accordingly, and saying he respected the committee's rules about predetermination of an issue, he said that for clarity he would not take part in the item about Stanford rail station. He also called on Cllr Terry Piccolo to do the same as he has previously spoken about the station, and indeed has represented residents' views on the scheme when speaking at previous meetings on the station, but Cllr Piccolo said he would still take part because in the past he was representing other people's views and that his own mind was not made up.

That prompted Cllr Byrne to say: "I am being open and honest, it's a shame other members are not. I am going to sit this one out."

But the bubbling issue of two phases still raised concern from a new member who appeared to believe that the two needed to considered in context and together.

Cllr Sue Little said she was concerned that if the station was built out, there might be a situation where the plans for phase two were changed or dropped.

She said: "I am a bit late looking at this but I have questions. If it's the application for the station, surely the bit in front of the station (which she described as a 'kissing point' where people jump out or their cars or buses needed to turn round) is important.

"Will this come back at some point about this drop-off for the bus?"

Told it would, she said: "What I am concerned about is if this building is built, then the next thing is we are told we can't get the bus to turn round because we have already built the station.

"So therefore you would still be left with the bus parked in London Road.

"Surely the building ought to be reliant on the bus being able to be turn round? I know what will happen, it will get built and they will say 'we can't have a bus turnaround now because the buildings built and we can't get it in'.

"My concern is, this is the station part but we haven't considered the bus and dropping off part."

Committee chairman Tom Kelly, who looked apprehensive that what appeared to be a plan to get phase one pushed through regardless, interjected and asked highways officer Julian Howes to explain. He said: "The station is being looked at on its own merits, and the current run with the bus stop facilities just up the road." He confirmed that the integral issues of parking, drop off and buses would be discussed as part of a second application at some point in the future. Despite her concerns, Cllr Little eventually voted for the proposal. She may have been swayed by a statement from ward councillor Shane Hebb who detailed the background to the meeting and the current application and urged the committee to approve phase one. He told the meeting: "Residents who live around the station, and those who travel from further Stanford, Corringham, Horndon and Fobbing, do not deserve for this project to be delayed any further. "It is high time to get the station done, and that frustrations to achieving this are overcome. "The current paralysis of the station rebuild project, for nearly six months since last February, was unnecessary. "The station design itself changed ahead of the last application, reflecting changes desired by the local community. Community involvement helped shape a new station building scheme and residents living alongside a well-used station will now not be impacted as greatly as they were – we should take solace in that. "The changes made were captured in the prior report, and have been verbally presented beforehand. "There are a number of matters regarding the decision made by the previous incarnation of this committee "A recent audit of the station phase of the project has verified clearly that even with changes to the north-side of the wider project, the station phase itself will not significantly change, and so, labouring away on the Phase 2 matter should not impact on the new station being built. This analysis gives licence to agree phase one so we can go to tender, and get the station project done, for commuters and rail users who have gone without for too long. "I would add that the view that projects cannot be developed in phases could be considered as flawed – the station building is ready to go; and was nearly six months ago. "There are good reasons for why phasing is part of the planning process – in this instance, the fact that the phase two land will be used to store equipment for the construction of the station building. "In regards to the point that this authority should go to tender without planning permission; the risks of doing so carry risk – it is not a material planning consideration, and so, arguably, beyond the remit of a planning committee whose role is to determine whether a scheme meets planning policy and criteria and material consideration tests are met. "This is not to say that concerns about the transport hub don't warrant examination and refining to make sure it is done right, and delivers for commuters and railway users, and local residents and organisations. I agree and the Transport Hub work will be an essential next step. "But I don't agree that the station building which was ready to start being tendered and developed half a year ago has to be a sacrificial lamb in the pursuit of reconciling opinion on a new car park and transport hub; which has always been a car park and some form of a transport hub. Unless the previous committee were minded to suggest that the station move to the other side of the road, there appears little cause for further delay on rebuilding the station. "I implore this new committee to base tonight's decision on material planning considerations; honour the remit of your role as a committee and do not extend outside what is your parameters. "No more delays. No more dither. Let us get Stanford-le-Hope station done." The committee unanimously passed the scheme.