Council reveals some details of its near £1.5 billion debt mountain and investments 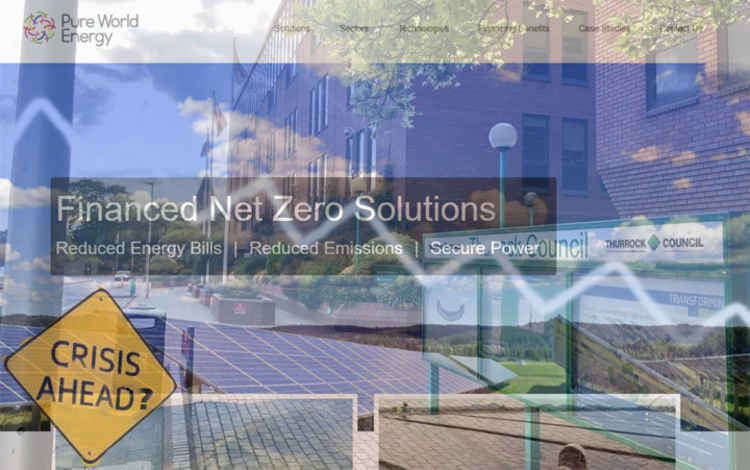 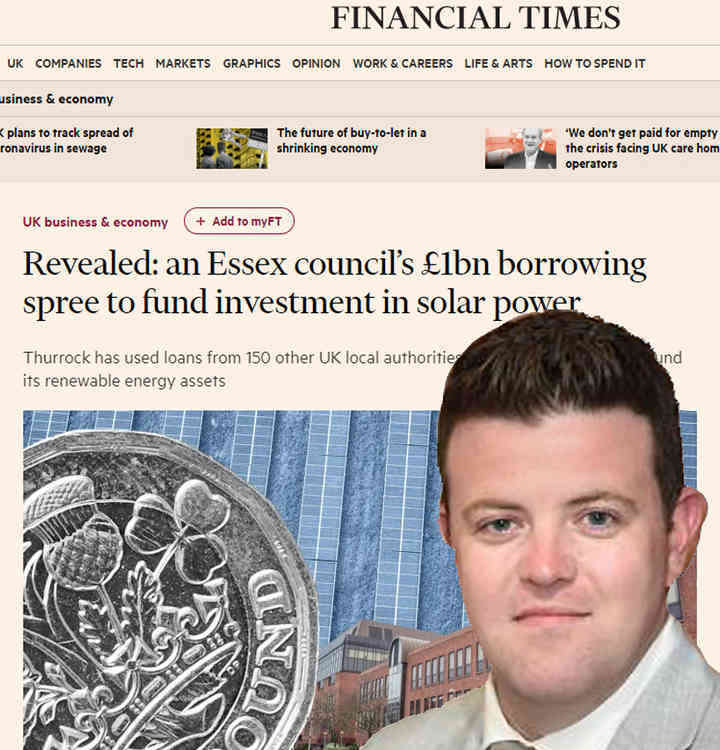 Cllr Shane Hebb has been in the frontline of national coverage about Thurrock Council's huge debt mountain and its controversial 'borrow to invest' strategy. 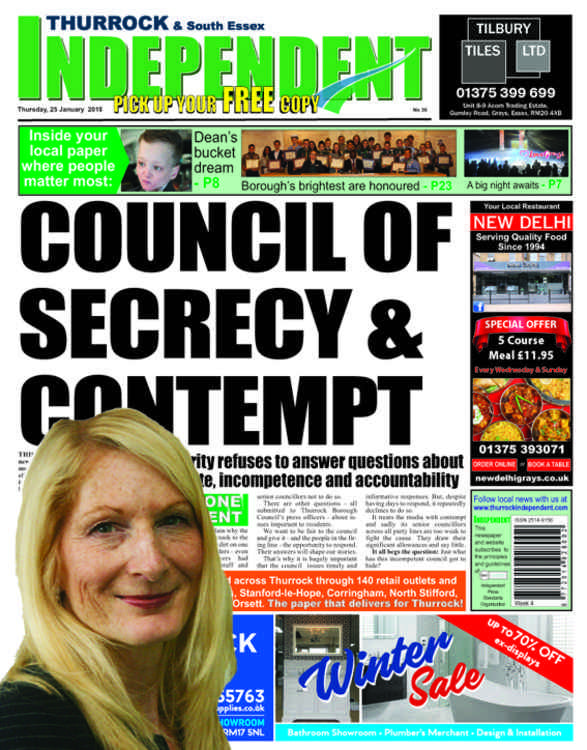 The integrity of the council and its secretive policies has frequently been highlighted in the media at both local and national level.

AFTER fighting for the right to retain its investment secrets, Thurrock Council has tonight revealed some of the details about where it has placed council taxpayers' cash – though many of the firms and projects it has invested in remain shrouded in mystery.

In March last year journalists from the Bureau for Investigative Journalism won an interim ruling from an information tribunal to require the council to disclose information about its investments in solar farms. The council protested that disclosure of this specific information would 'create prejudice in the council being able to conduct public affairs' and it announced it would be seeking a legal review of the decision.

Thurrock Nub News, which exclusively revealed details of the council's borrowing to invest strategy had created a debt mountain of more than £1 billion, understands that review went against the council and may have been the tipping point to an announcement this evening that, for the first, time, it would publish borrowing and investment details.

Currently the borrowing of the council stands just shy of £1.5 billion and a number of its investments deals are understood to be in jeopardy. For example, one of the companies it invested in, Pure World Energy has warned that it may not be able to pay back the organisations – including Thurrock Council – that pumped millions into it. The council could lose up to £16 million on the deal.

However, the Conservative-run administration at the council continues to be upbeat about its investment strategy – even though it has 'paused' investments in the wake of government concerns - and has been put under intense scrutiny by the media, including this Financial Times article in which the council's strategy was described as akin to 'a substantial bet'.

After a cabinet meeting this evening (Wednesday, 12 January) the council's media team pumped out a bullish statement highlighting the 'successful investment scheme', which, it says since 2016 has raised more than £115 million to fund council services above statutory levels, have been made available on the council's website.

The release also hints at the climbdown in the council's position over its secrecy policy, saying: "Proposals are also set to go before the corporate overview and scrutiny committee next week to update member oversight of the scheme as the investment approach winds down. Previously this has been done by group leaders and deputies following a decision made at the inception of the strategy.

"New proposals include creating an oversight committee and ensuring that all members that sit on it receive special training to allow them to fully scrutinise and oversee the investment scheme."

This evening Cllr Shane Hebb, cabinet member for finance, said: "The new webpages provide a more consolidated and accessible way for residents to read about how the investment approach has been carried out and why it has been as successful as it has been these past years – and how it helped us navigate the pressures of COVID-19 through it helping us increase reserves by 300%, from £8m to £24m.

"As well as raising over £115 million for additional services in Thurrock, other local authorities and public sector pension funds have also earned over £27m thanks to our innovative scheme.

"On top of that the solar part of the council's portfolio generates enough green electricity to power every home in the borough twice over while making a carbon saving equivalent to taking 71,000 cars off the road for a year.

"By making this information more readily available in a more accessible format, as well as creating a new oversight committee, Thurrock Council is ensuring that, even as we wind the approach down, that information can be read by anyone interested in finding out more, and we will have further oversight of the approach."

The webpage highlighting the council's borrowing can now be viewed via this link.

While the new pages on the council's website are new, many of the figures it contains - which are limited in detail - were given in the body of the council's draft annual report which was published last September. The accounts have yet to be signed off and are currently subject to an official objection.

The council's chest-beating this evening about publicising its investments is in stark contrast to previous statements which, in response to the information tribunal's ruling, including the following: "A First Tier Tribunal has made a partial interim decision to overturn the determination of the Information Commissioner's Office which supported the council in not sharing specific commercial information about its historic investments under the investment strategy under section 43(2) of the Freedom of Information Act (FOIA). Thurrock Council is disappointed in that partial decision."

The pursuit of secrecy by the council was condemned by MP Meg Hillier, chair of the Public Accounts Committee, who welcomed the tribunal ruling and said: "With so many risky investment plans coming home to roost, this ruling is timely in enabling local taxpayers to see what is being spent, and how, in their name."

The Bureau of Investigative Journalism said put more than £800m into renewable energy ventures in an attempt to become financially self-sufficient.

It said these loans and investments were overseen by finance director Sean Clark, who was also responsible for dealing with accounts-related requests under the Freedom of Information Act and who rejected the bureau's request to reveal which councils Thurrock had borrowed from and what the money had financed.

In its appeal to the tribunal, the Bureau argued that disclosing the information was overwhelmingly in the public interest due to the sums of money involved, the fragility of local government finances and serious concerns about the investments uncovered through its investigations.

The tribunal found there was "significant public interest in transparency in relation to the actions of councils borrowing for the purposes of making a profit" and said the suggestion Thurrock had breached statutory guidelines by doing so was "plausible".

Derelict scout hut is deemed to be 'community asset' by council