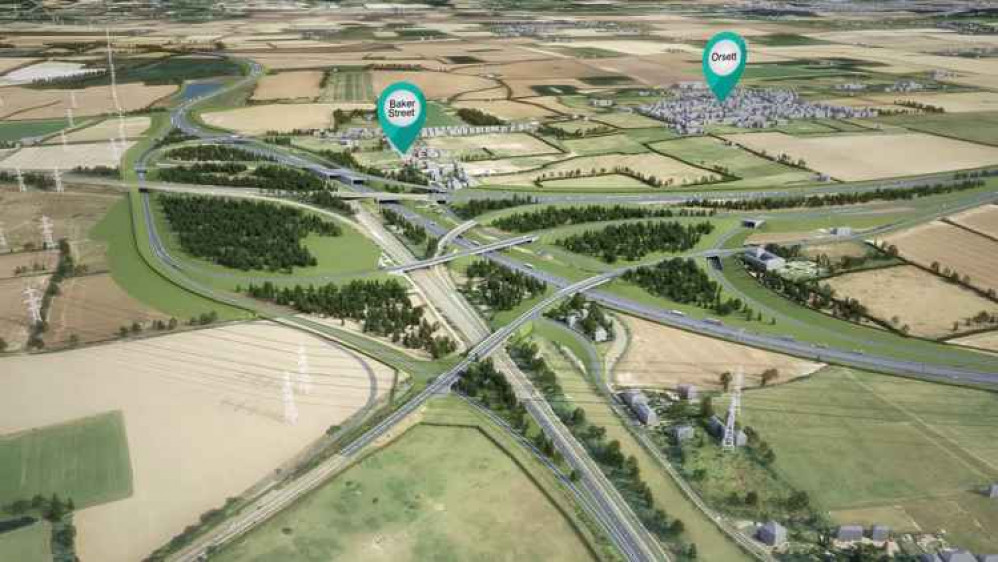 DESPITE confirmation by the government in the Chancellor's recent spending review that it is committed to funding the planned Lower Thames Crossing, local campaigners says its rising costs should put doubt against the validity of building it.

The cost of the 14 mile project which includes a tunnel under the Thames project is reported to have risen from the initial estimate of £5.3 billion to £8.2bn. That makes it more more expensive per mile than the controversial HS2 rail line.

Highways England (HE), which has rarelky referred to the rising cost of the project in its literature and publicity material, says the two projects are not comparable on a mile-by-mile basis as a "significant proportion" of the crossing link cost is "building one of the largest diameter tunnels in the world".

Opponents from the Thames Action Crossing Group (TCAG) say it was "strange" there had not been an official announcement relating to the cost despite numerous others during the year.

TCAG chairman Laura Blake said: "It would be £8.2bn of taxpayers' money that would be spent on LTC, and it is public/taxpayers' perception that HS2 has been highly controversial due to the cost and environmental impacts.

"To know that LTC would cost more per mile is a serious concern to us and everyone we have spoken to. Nearly £573.5m per mile for LTC is an extremely large amount of taxpayers' money, especially considering that it won't solve the problems we all suffer with due to the Dartford Crossing.

"On the Kent side, when there is an incident at the Dartford Tunnels and traffic needs to migrate to the LTC, there is only one single lane from the A2 coast bound onto the LTC. Imagine the chaos, congestion and pollution that would create.

"There are other examples of similar issues along the route both sides of the river."

Ms Blake also says the group holds reservations about the true economic benefits claimed by HE to the local region and believes the cost of the new tunnels is not justifiable and claimed information released by HE has been "misleading".

The government reiterated its commitment to the crossing when Chancellor Rishi Sunak included the tunnel in his Spending Review announced last week.

Spokesman for Highways England Harry Bellew said: "We welcome the news that the project remains a priority for government. The Lower Thames Crossing is the biggest and most complex road scheme since the M25 opened almost 35 years ago.

"It is normal on projects of this scale to update cost estimates as we continue to refine and improve the scheme to deliver the right solution for the local communities, the environment and the taxpayer.

"As the design develops, we will have more certainty of the costs.

"The Lower Thames Crossing will improve the journeys for millions of road users, support tens of thousands of jobs, and create a new connection that will bring billions of pounds of economic benefit to build back the post-Brexit and post-Covid economy."