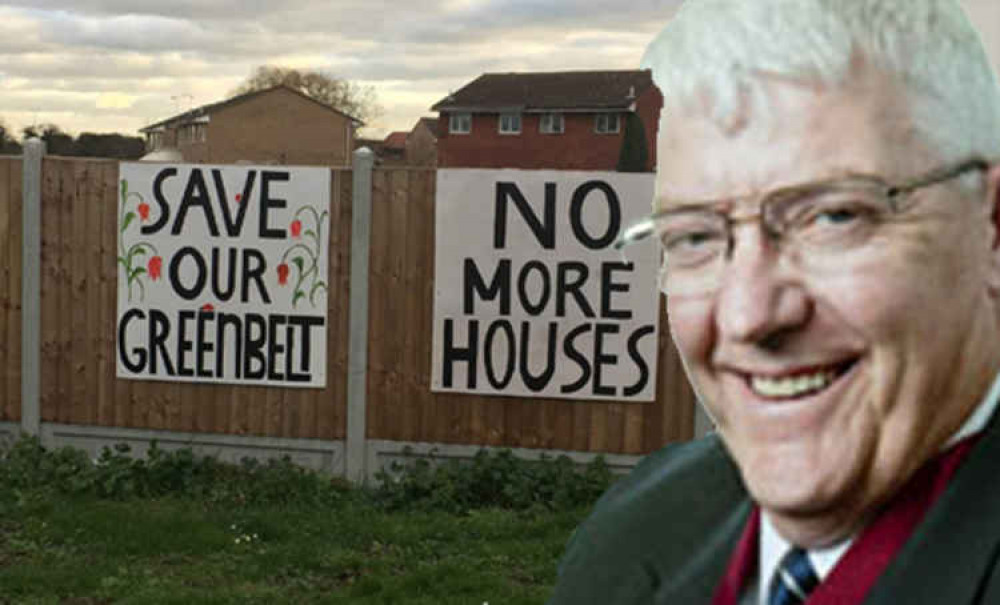 A LEFT wing social media platform in Thurrock has turned the spotlight on a prominent local councillor and asks if he really represents the values of the Labour party.

'Thurrock Labour Left' is a platform run by local members or the Labour party and some former party members who feel ostracized from the current party.

Its latest article is a damning indictment of the local housebuilding policy and bemoans a lack of democracy in the planning process. Written by Labour member Dara O'Cogaidhin it critcises recent events in the borough and is primarily sparked by the decision by councillors to reject officer advice and permit housebuilding on Thurrock Marshes.

That decision was back by the Planning Inspectorate who supported the arguments for the development, championed by veteran Labour councillor Gerard Rice.

His conduct is bemoaned by Mr O'Cogaidhin who asks if Labour is the right party for Mr Rice to represent.

He says: "A cross-party, pro-developer alliance on the planning committee has voted to build 161 houses on a flood plain against the advice of planning officers and legal advisors. It exposes how Thurrock's housing game is rigged for the rich.

"Developers doggedly pursuing plans to build 161 new dwellings on the flood plain between Little Thurrock and Tilbury have been awarded the green light by a small majority of councillors. Local residents strongly opposed the plans, building a vibrant grassroots campaign that led to more than 700 objections being lodged, on the basis that the development would add strain on local infrastructure and increase the risk of flooding. Images circulating on social media showed that the site was heavily flooded in January.

"Local residents report that flooded gardens, blocked drains, and subsistence are already a recurring problem. Campaigners are concerned that paving over absorbent land will simply exacerbate the current problems.

"While rainstorms have already doubled in intensity over the past 40 years, the Environment Agency have also estimated that flooding is likely to be ten times more common as localised and more intense rainfall become more common – an effect of climate change that has been predicted by researchers including the Met Office.

"The playing field in Thurrock has been tilted in favour of private developers, putting the housebuilders' profits before people's chances of not seeing their homes under water. The push to grant planning permission in the Little Thurrock Marshes case has primarily come from Labour councillor Gerard Rice – a vocal advocate for developer-led development on the Planning Committee.

"On numerous occasions, Gerard Rice has led the charge for development on green belt sites to accommodate "top managers" and "captains of industry" in the borough. The result is the continuation of a situation in which working-class residents are increasingly priced out of the areas they grew up in.

"Gerard Rice's tenure on the Planning Committee has been plagued by one controversy after another. In 2012 he flouted his own planning rules when he built a huge fence around his property despite admitting he did not have planning permission. In 2019 he had the whip withdrawn from the Thurrock "Labour Group pending an investigation around a planning matter.

"The Labour whip was later restored, but it does raise serious question marks about his suitability for the role.

"Thurrock Labour needs to create a housing policy that reasserts the democratic rights of the community over the interests of the property developers."

You can read the full article here.

Tracy's a real hero in her community