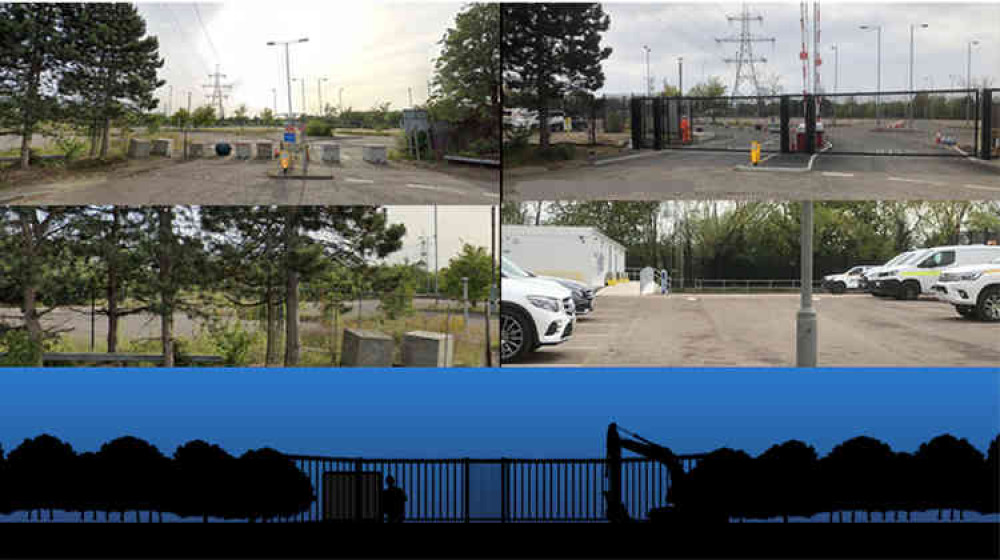 FOLLOWING publication of a Thurrock Nub News story, a campaign group is demanding that a major public body be held more accountable for its actions - which appear to be riding roughshod over local opinion.

There has been widespread opposition to many aspects of the government agency's plans, which are opposed not just by thousands of local residents but by Thurrock Council.

However, a consensus view held by many is that the agency isn't interested in local opinion and that it believes itself to be unaccountable.

That is exemplified by a recent retrospective planning application by the agency's contractors, Skanska, for its site base in Thurrock on the former Lakeside overspill car park at North Stifford, - more than a year after it started using it! The story was first reported here.

The Thames Crossing Action Group is asking local people to pass comment on the application, which it has analysed in detail and which it says appears to be flawed.

A spokesperson for the group says: "We can't see any mention in the application of the building they have put up, or the high fences and gates, which clearly are all new.

"There is also another retrospective planning application which is still listed as 'awaiting decision' that appears to be for the security gates.

"The cover letter with this application, from the same applicant, states that they 'were unaware that planning permission was needed'.

"Is this seriously an acceptable level of knowledge for a contractor on such a huge project?

"This application has no mention of a need for parking vehicles or for 20 staff that are mentioned in the main application that the update refers to.

"The main current retrospective application states that they want to increase the staff levels for the site from 20 to 300.

"That's an awful lot of extra traffic coming into an area that is already very heavy with traffic.

"Don't forget Highways England announced late last year they would be rejecting any planning application for more than 250 houses in Thurrock due to the pressure such development would bring to the existing road network."

You can read the Action Group's full analysis and commentary on the application here.

The group concludes by saying that opposition to the scheme still matters. And that the agency and its contractors must be held to account.

The spokesperson added: "Let's also not forget that we know from experience that contractors can not be deemed responsible in their behaviours or trusted in our communities.

"We have experienced them immobilising sites earlier than HE expected and without clearance, parking on our pavements/cycle paths, dangerously positioned super bright security lighting rigs glaring in drivers eyes.

"Plus of course the repeated non-compliance of the 2m distancing rule while we are in the midst of the global COVID-19 pandemic.

"Putting not only workers' lives at risk but also everyone else's and the NHS as risk. link here .

"We definitely have more than enough reasons for not wanting and trusting yet more of their workers coming into our communities.

"Please remember this is not an opportunity to simply say you don't want LTC, comments need to be constructive as to what is wrong with this planning application and why we feel planning permission should be withheld.

"To be perfectly clear they will be able to appeal right up to Government level on this, and there are procedures for these planning applications, but that shouldn't stop us trying to hold them accountable, and show them up for not knowing what they are doing, and how they are trying to mislead everyone with the info in the application!

"They need to be held accountable and be made to follow the rules, not just keep doing what they want and then retrospectively putting in misleading and incorrect planning applications.

"Please do comment (HERE)on this. "When asked to describe the activities and processes which would be carried out on the site, the applicant states 'Parking and storage of vehicles, plant, equipment and materials associated with construction of the Lower Thames Crossing'. "Yet another example of how HE/LTC contractors seem to feel they are above the law. "As we all know construction of the LTC would be illegal until such time as they have been granted a Development Consent Order (DCO), and they haven't even applied for that yet, let alone been granted one. "Something this contractor and HE/LTC clearly need reminding of again."

From ship to shore: Tilbury plays its part in keeping essential supplies moving