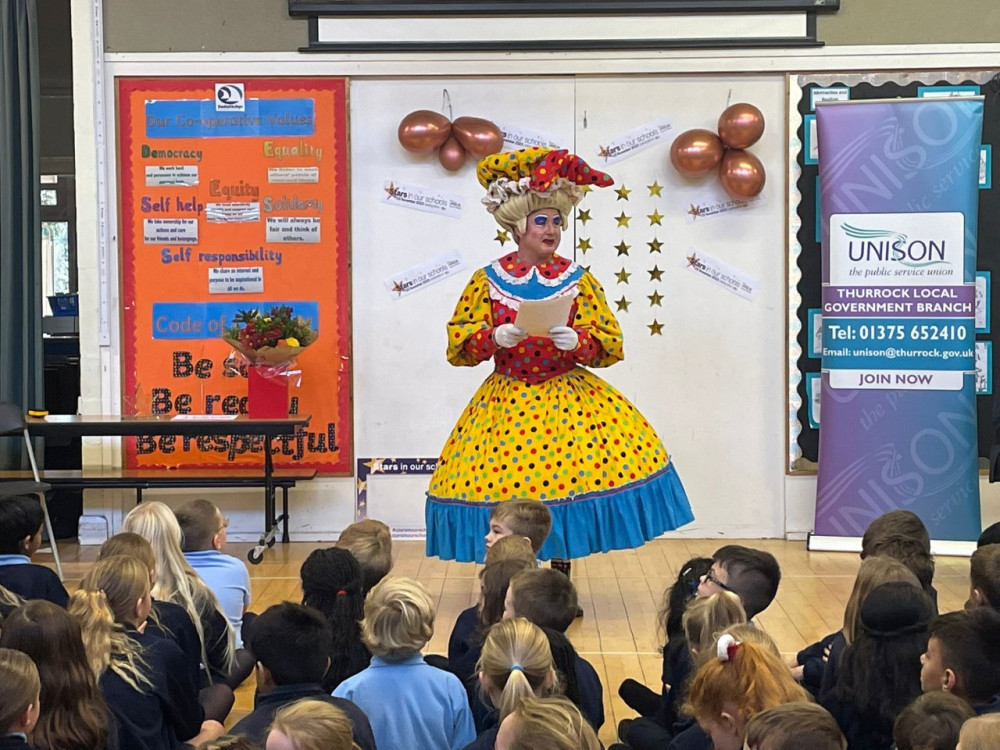 EACH year UNISON celebrates the outstanding work that support staff do within schools and this year was no exception!

Parents, students and colleagues all voted for their favourite LSA, site staff worker, midday assistant, cleaner, office worker etc and the votes were read by the staff in UNISON Thurrock Branch. 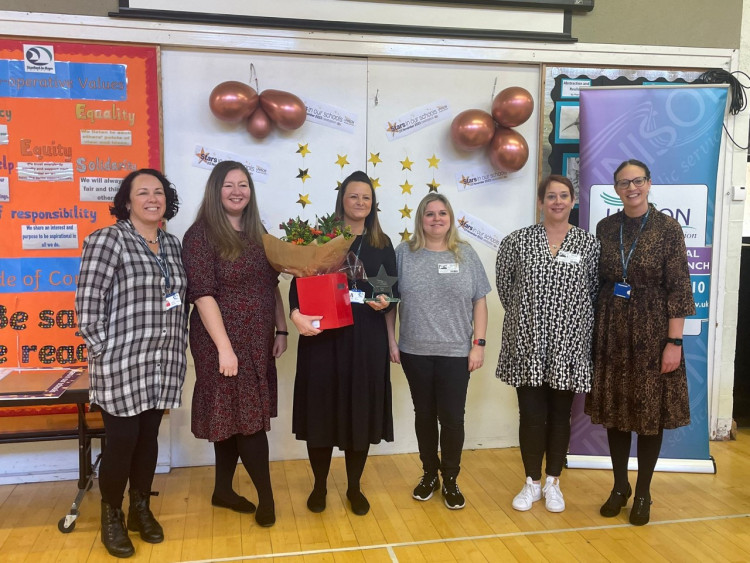 She ultimately won for successfully starting a "buddy club" where staff are partnered with an anonymous person who provide thoughtful gestures to them in the form of notes and small gifts which boosts morale, makes the working day more exciting and generally spreads happiness!

She was over the moon with her winner's trophy, £50 gift voucher and bouquet of flowers and a few tears were shed!

Children and staff really enjoyed the show and lots of the staff were called out and their nominations read aloud.

The runners up were Mrs Edmeades, who works in the behaviour base at Stifford Clays Primary and Kay Clayton, an LSA at Deneholm Primary. Both were presented with a bouquet of flowers.