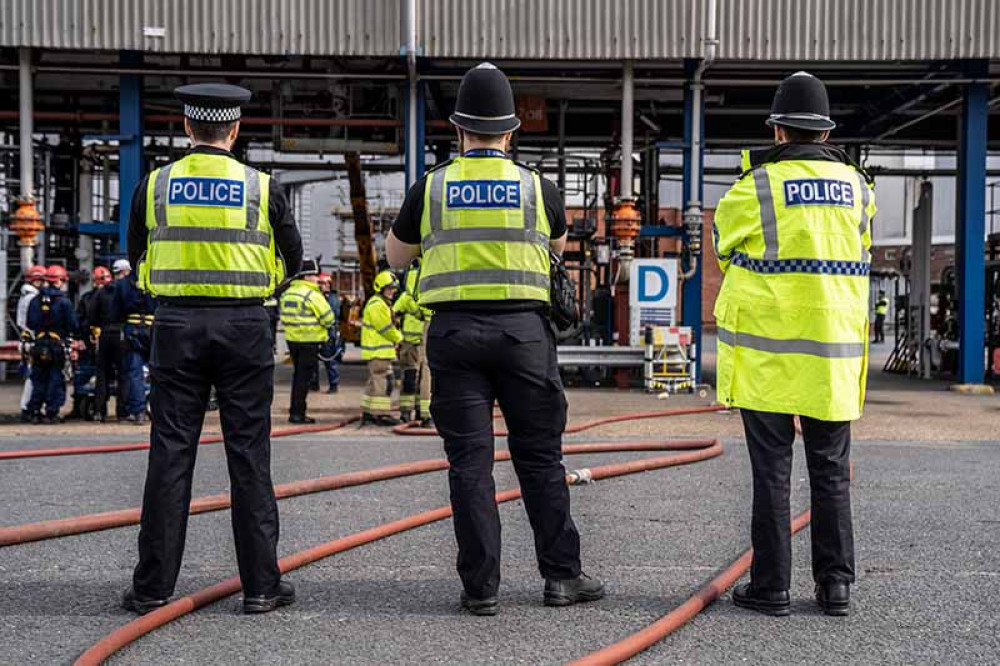 Police officers and firecrews were deployed to deal with the protesters.

FIFTEEN people who caused disruption in Thurrock in April when they were protesting against the government's policy on fuel extraction have been convicted and fined.

They were all arrested at an incident in London Road, West Thurrock, on 11 April this year when they entered a fuel depot operated by Exolum.

A number of protesters belonging to the JustStopOil movement entered the site and climbed into a number of structures. None of the protesters were from Thurrock and some had travelled from as far away as Cornwall, Hereford, Manchester and Lancaster to take part.

Despite being asked to leave, none of those involved did so and locked themselves onto the structures, prompting a lengthy police operation to remove them.

Specialist officers were deployed and eventually all the campaigners were safely removed and subsequently arrested. They were charged with aggravated trespass.

Twelve of the group denied the charge at Chelmsford Magistrates' Court on May 24 and stood trial at the same court this week.

Today (Thursday, 22 September) they were found guilty of the offence and were sentenced by District Judge Williams. The group were each given a 12-month conditional discharge, fined £300 and ordered to pay a £22 surcharge.

The conditional discharge means they may face further action if they commit a further offence within a year.

Louis McKechnie, 21, of Clearmount Road, Weymouth, and Matthew Powell, 21, of Lower British Road, Bath, had previously admitted the charge. They were handed the same sentence.

Benjamin Mitchell, 21, of Buckingham Street, in Brighton, also admitted the charge and was given an eight month conditional discharge and £22 surcharge.

Chief Superintendent Simon Anslow of Essex Police said: "Those involved in this incident not only put their own lives in danger but also the lives of those who then had to work hard to remove them.

"We know those involved in this incident believe they were carrying out an act of protest. As a force, we are not in any way anti-protest, and we will always seek to allow peaceful protest to go ahead where it can safely be accommodated.

"But when dangerous disruption takes place, we are left with no choice but to take action and seek authorisation to charge those involved with the Crown Prosecution Service.

"On this occasion, given the danger which the actions of those involved presented, we acted swiftly in order to keep everyone in the area safe and to ensure disruption was kept to an absolute minimum."