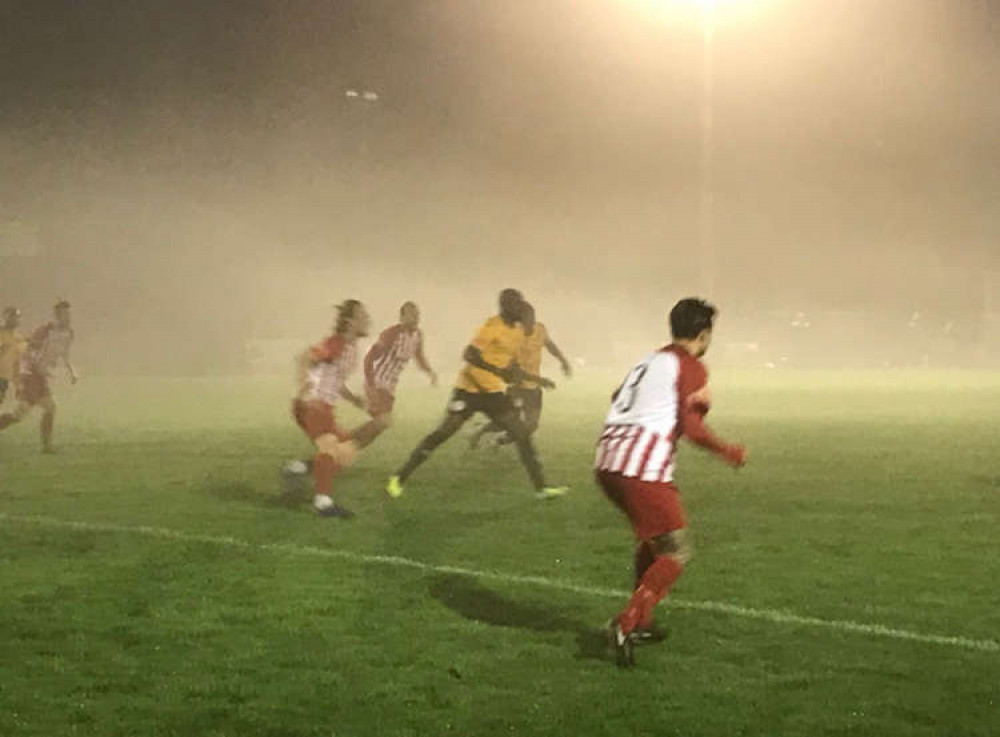 A foggy night at Rookery Hill.

A crowd of 232 was on hand to watch the home side seek to build on promising early season form, but it was the visitors from Kent who grabbed the lead in the last minute of the first half through David Smith.

Manager Paul Martin has built resilience into his team this season though and that shone through with Hernandez grabbing the last, late equaliser that kept Rocks out of the drop zone.

There was also a late goal at Chadfields in the Isthmian North but it didn't affect the destination of the points on a night when football briefly diverted local attention away from the majestic Disney Magic ship that had docked at the town's cruise terminal earlier.

Smith opened the scoring on 37 minutes and added his second just before the hour.

Tomorrow evening Grays Athletic will be in action, playing host at Parkside to near neighbours Romford.