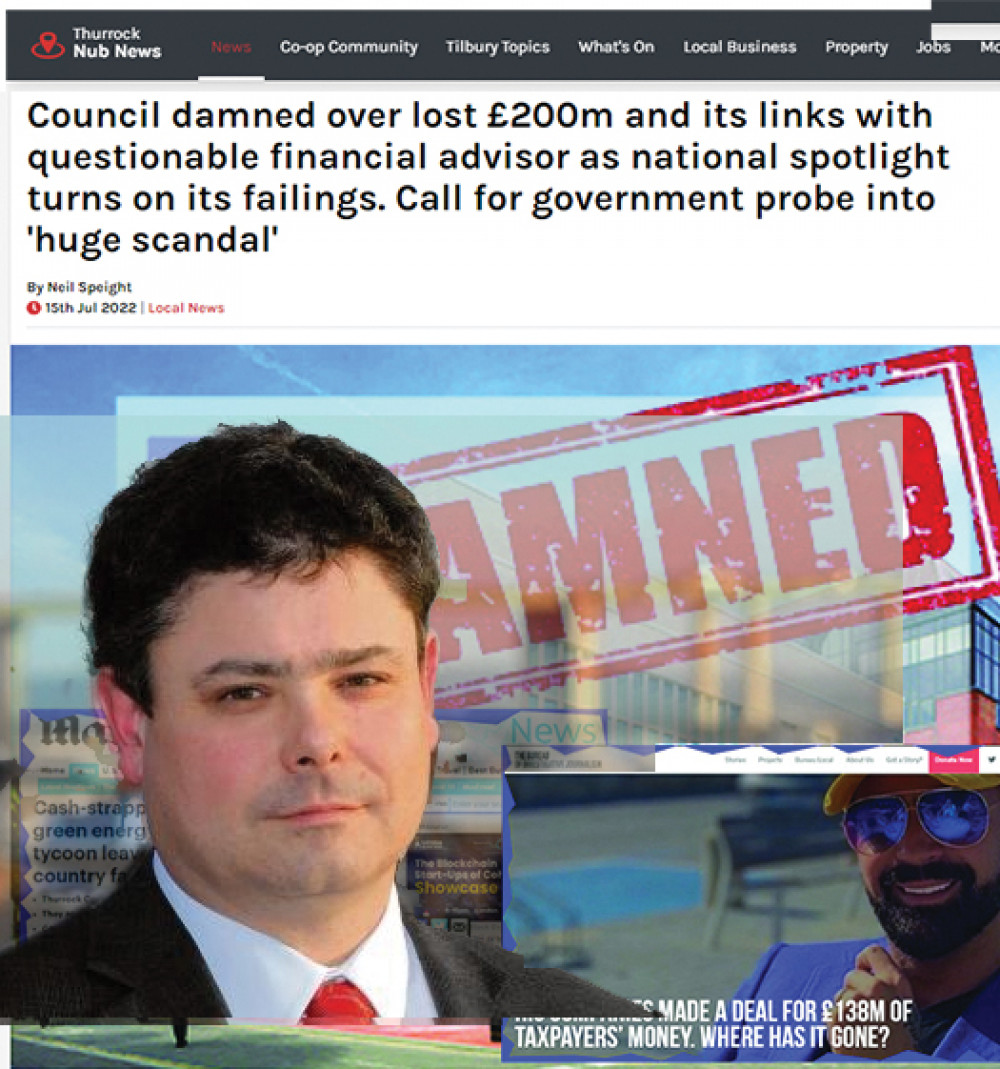 Cllr John Kent has taken a leading role in the latest legal move against Thurrock Council's obsession with secrecy.

IN the latest twist in the long and protracted saga of Thurrock Councils' controversial investment programme, the council finds itself faced with more legal action from a campaigning group out to unravel its financial secrets.

The Good Law Project is a not-for-profit campaign organisation that uses the law to protect the interests of the public.

It says: "We fight cases that defend, define or change the law and we use litigation to engage and educate. We challenge abuses of power, exploitation, inequality, and injustice. We are a bold organisation with a ground-breaking track record. We speak the truth and act with integrity."

The Project has written to Thurrock Council demanding answers over the mystery of the missing £138m in taxpayers' money revealed by the Bureau of Investigative Journalism last month. The organisation, which launches legal actions on matters of public interest, says it is concerned that Thurrock may have breached its fiduciary duty to taxpayers and will apply for a judicial review of the council's actions if it does not get a satisfactory response. You can read the letter via this link.

The Conservative council has been fighting to block media efforts to find out about the state of its finances, a three-year saga that culminated in an Information Tribunal hearing last month. Thurrock Nub News has been at the front of the queue asking probing and legitimate questions only to be met by a wall of silence - and even a ban with the council's communication team refusing to answer any questions on any subject!

That was rescinded in June when the Conservative leader of the council and his deputy, Cllrs Rob Gledhill and Mark Coxshall, insisted the council would be a bastion of honesty and transparency! However, it appears those were cheap words and the council has not delivered on their promises.

The leader of Thurrock's Labour Group, Cllr John Kent, who led his members in a boycott of last month's full council meeting as a protest against the continued secrecy, has now joined with the  Project in asking who decided to invest the £138m, what diligence was undertaken before handing over the money and what information, if any, was given to councillors and the public about the investment. See a release about the 'jetset tycoon, the Tory council, and the missing millions' via this link.

The money was part of £665m handed over by the council to the companies of businessman Liam Kavanagh. With that cash, the companies bought dozens of solar farms and the council generated income on the interest from those loans. But the Bureau found that when the council hired an investment firm to value the solar farms this year, it discovered they could be worth £200m less than the council had paid for them – and did not know where the £138m had gone.

A ThurrockCouncil spokesperson told Thurrock Nub News last month: "We are working with external advisers to ensure the council's position remains secure. The issues raised have been known for some time and are being actively managed, mitigated and resolved through that oversight with significant external advisers."

Youngsters had a ball in the park