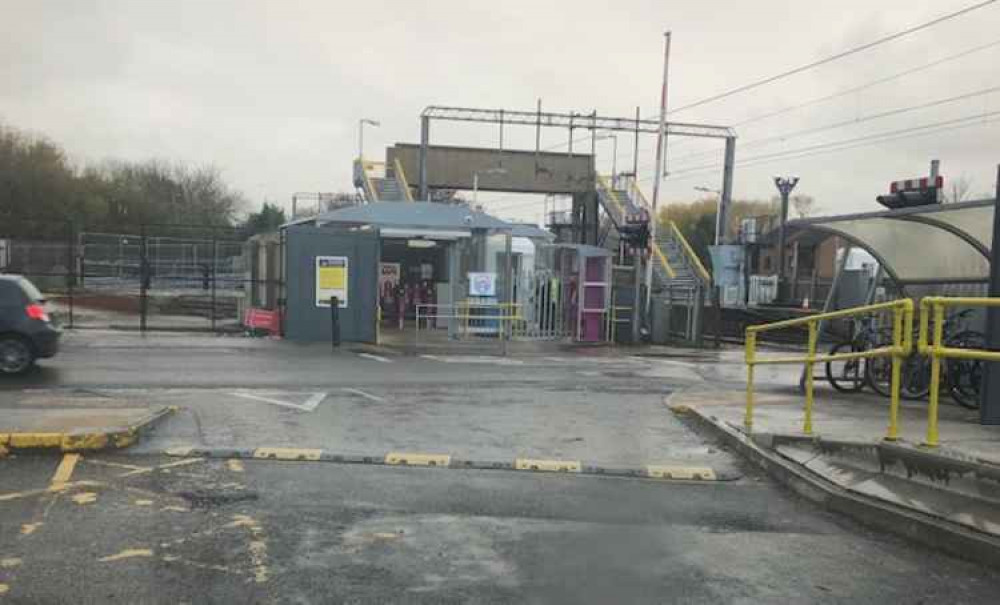 COUNCILLORS have been told that the new Stanford-le-Hope rail station is on course to be completed by the end of next summer – though the adjacent transport hub which includes the existing car park on the other side of London Road and the Daybreak Windows site, which the council has purchased, could be some time later.

At meeting of the council's standards and audit committee Anna Eastgate, the assistant director for transport infrastructure, told members: "The design is progressing well and we are expecting a planning application for phase one - the station side - this side of Chriustmas.

"The concept design for phase two, which is the transport infrastructure hub on the Daybreak Windows site is being discussed with stakeholders currently. So far we have received lot of positive feedback about that scheme.

"We have started progressing the tender works and we are expected to go to invitation to tender in the new year.

"The station is on target for completion at the end of summer 2021 and the budget is reviewed at two checkpoints in the design process and as far as we are concerned currently everything is online and looking likely to come in on the budget that is remaining and available.

"The way we have progressed it because of the way we have changed the scheme, there is a slight delay in the plan coming forward for phase two. Our focus has been on bringing the station side of the road in with the transport hub in close succession behind.

"The station building will be modular structures so they will be built off site and craned in. I can only give you some comfort on phase one as soon as we have info on phase two we will report it back."

The meeting was given no mention of the work of consultants employed by the council earlier this year at a cost of £590,000. The work was carried out by the Mace Group, who in August promised to update Thurrock Nub News on what their work was and their input into the project.

However, they said they first had to speak to their client (Thurrock Council) and since then there has been no response from them. Eager to learn what Mace have actually done for their money, we pursued the matter further with the council but the only response has been to say: "Mace are providing project management and health and safety services on behalf of and as directed by Thurrock Council. Mace are not providing any design or procurement services." The whole project, which goes back four years, has been a significant embarrassment for the council and is significantly over its original budget. It is now expected that the whole cost of the project will be more than £19 million and possibly significantly more. The breakdown of who is paying for the work is South East Local Enterprise Partnership - £7,500,000, London Gateway (DP World) £550,000, NSIP (Network Rail) £3,050,000, c2c £737,000, Section 106 contributions from Thurrock Council £1,533,000 and the rest will come directly from the council unless they can find other funders. Currently the council is committed to spending £5,720,000 but there is no breakdown about what that has been spent on and if it includes the recent land purchase or the money spent on Mace. Councillors on the standards and audit committee elected not to ask any questions about the project!