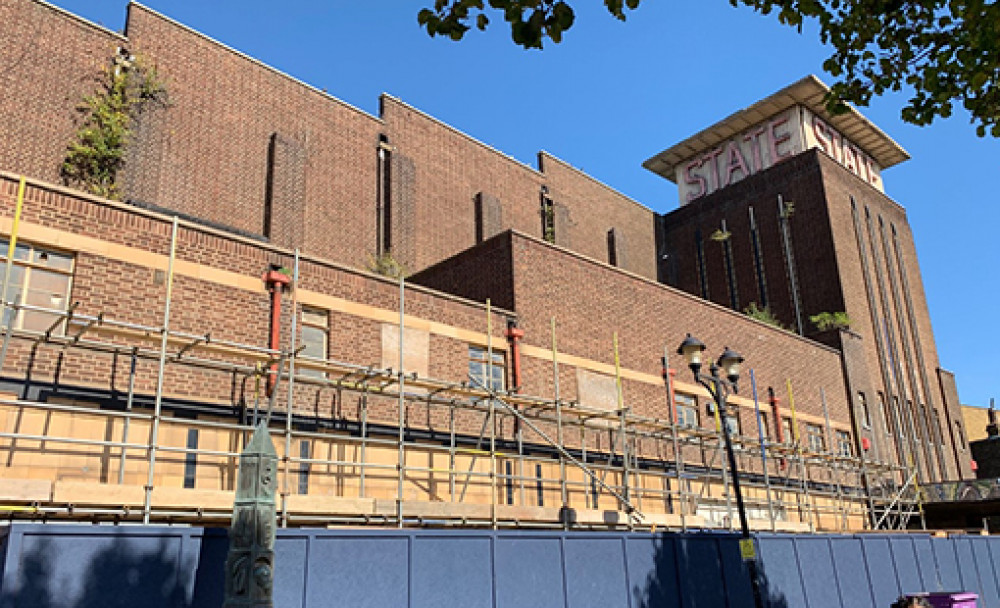 DESPITE announcing a huge potential trading loss and plans to sell off 32 of its pubs, hospitality chain JD Wetherspoon says it still plans to refurbish and open the State Cinema in Grays as one of its showcase venues.

The message comes not just in the wake of the pub sell-off but also a warning from Wetherspoon, which operates 800 pubs across the UK, that it could face losses of up to £30 million this financial year.

Little appears to have been done on the site in recent times and fears have been expressed locally that the Grade-II* listed building continues to deteriorate.

It's now more than six years since Wetherspoon bought the cinema site in the heart of Grays which was in a near derelict condition, with water entering the listed building through the roof.

In March last year The Cinema Theatre Association (CTA) expressed its growing concern for the future of the building, one of the few remaining cinemas of the late 1930s which survives almost unaltered.

The company initially made the building secure and watertight, but not a great deal of work appears to have been done since. And during the course of those six years the company has applied twice to the council for planning permission for its renovation project, including initial grandiose plans for the inside of the cinema.

However, nothing materialised and that the planning permission, which was granted by Thurrock Council, expired. In May 2021 a film was released by intruders who had gained access to the building, showing the condition of it inside the hoardings.

How the inside of the State cinema is planned by Wetherspoons.

In the summer of last year Wetherspoon submitted a second set of plans on a smaller scale and again they were granted. But nothing material has apparently happened since then and the scaffolding-clad building appears the worse for wear, with a number of bushes and shrubs growing out of its brickwork.

Thurrock Council has confirmed that it has been in contact with the chain about the condition of the building and has asked for an update on the company's plans.

A statement from the council to Thurrock Nub News says: "The council has been in dialogue with the owner and had previously been provided assurances that the building would be protected from the elements. The owner has been warned that in the event that the building is not properly protected the Council will serve an Urgent Works Notice under the Planning (Listed Buildings and Conservation Areas) Act 1990.

The Council has contacted them again this week for confirmation of their plans."

Wetherspoon company spokesman Eddie Gershon said today (Wednesday, 28 September): "Wetherspoon is still committed to Grays – though there is nothing new to report at present. The pub sales are completely separate."

It is 18 months since Mr Gershon told Nub News that work was likely to begin in 2021. Looking forward to the planning application the company had just submitted (which was approved) he said: "If planning and licensing is granted, then the company hopes to be in a position to develop the site in 2021.

"This will be a substantial project, costing up to £5 million, restoring the dilapidated Grade-II* listed building. It will be one of Wetherspoon's largest pubs, creating circa 100 new full and part time jobs."

Regarding the loses and pub sell off he said: "On occasion, Wetherspoon does put some of its pubs up for sale. This is a commercial decision."

Mr Gershon has also confirmed that the chain is still planning a new pub in Basildon, following the closure of its town centre venue 'The Moon on the Square'.

How will borough's aging who are not 'Miss Marples' cope with transport issues? Councillors debate the future of Thurrock travel