What's truth about 2,000 Aveley homes plan? Is new school a Trojan horse? Now government may be called in after it's revealed developers have 'been working closely with council' - but officers fail to mention it in controversial planning presentation 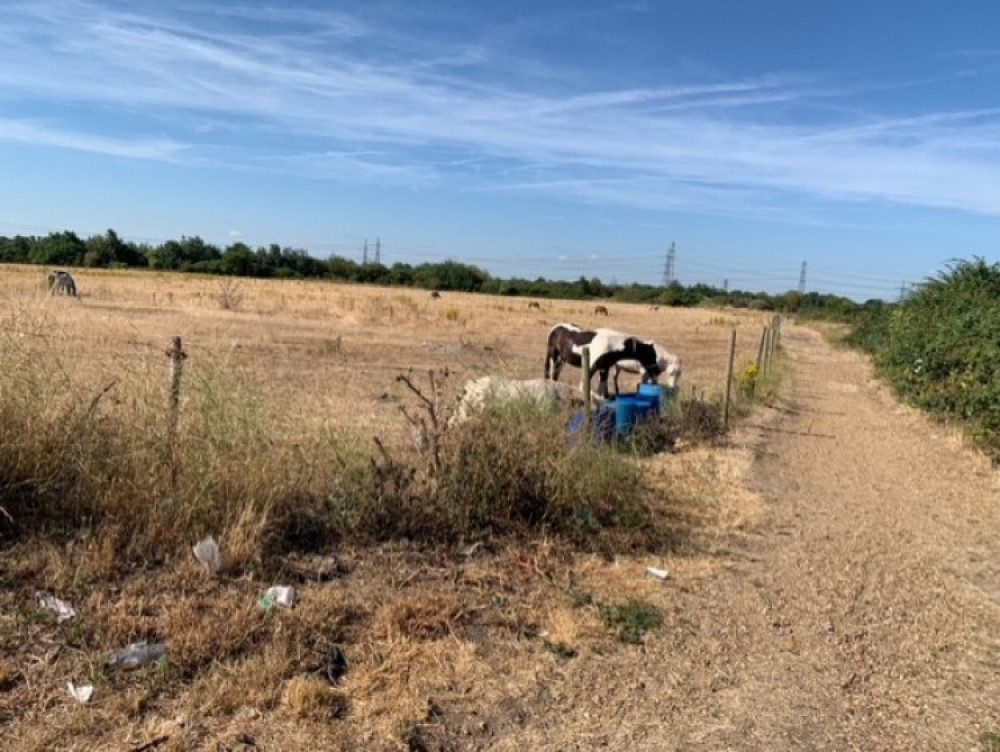 This agricultural land will be lost to a new school - is it the forerunner for 2,000 new homes?

THE government could yet be called in and asked to make a final decision on plans for a controversial new primary school in Aveley which has been described a 'Trojan horse' to precipitate the development of 2,000 new homes in the area.

As reported extensively over recent months on Thurrock Nub News - which first broke the story in January - residents in Aveley have protested vigorously against plans for a new primary school on green belt land to the south of the village.

Yet, despite councillors recognising that the development breaches virtually all local polices about building in the green belt, the scheme for the has been given the green light purely to solve an alleged shortage of primary school places.

That shortage has been the subject of much contention itself, with a former education portfolio holder rubbishing the council's assertion that the places are urgently needed. Cllr James Halden's comments and knowledge appeared to have convinced his colleagues to reject the plan at a meeting in april but at the eleventh hour, after appearing to reject it, councillors bowed to pressure from officers and deferred the matter.

When it came back, with minimal changes to the original presentation, the matter was pushed through in bizarre circumstances with only four councillors eligible to vote. Three Conservative back it, apparently based solely on the urgency of the school places argument, with Labour's Cllr Lee Watson the one vote against. Cllr Halden did not attend the meeting becasue of a prior, longstanding commitment.

And he was absent again when the matter came back to committee last week after it was discovered officers had not revealed all the relevant information, including the depth of local feelings and written arguments against the school to be presented.

Given the chance to speak at the third triume of asking, local campaigner Cathy Sisterson echoed Cllr Halden's view and made a strong case that the council's placement figures were flawed and misplaced. . The meeting was reported on Nub News and you can read Ms Sisterton's full presentation in our story via this link.

But the plan was still rubber-stamped for approval, with school places being driving factor. The council has said there is no other reason than that and rebutted claims that the school is simply being built as a forerunner to the council allowing more green belt land to be developed for housing.

The 'Trojan horse' metaphor  came from local Conservative ward councillor Maureen Pearson who pleaded with the planning committee not to approve the scheme.

That plea fell on deaf ears – the same ears that were told by the education trust running the school that there are no current plans for substantial new housing development, so the application must be judged solely on the existing school places need.

It seems however, that the council and the trust have been disingenuous at best – or if the worst is to be perceived, have conspired to hide the truth.

Nub News can reveal the council has been working closely with land developers Carter Jonas and property and land developer Scott Properties on a new housing development for south Aveley.

A post on Carter Jonas' website clearly states that: "Carter Jonas is advising Scott Properties on the promotion of Green Belt land south of Aveley, capable of delivering up to 2,000 new dwellings, new retail, employment floorspace, a new primary school, and a link road bypassing traffic from the centre of Aveley."

And them somewhat damningly, given Thurrock Council's officers have made no mention of the fact during the detailed discussions, questions and debates about the new primary school, Carter Jonas goes on to say: "Our planning team has led promotion activities, working closely with the council to bring forward the development proposals."

Detail about the new development on Scott Properties website, does indicate it centres on land to the east of the new school site but it to specifically mentions 'a new school' as well as working with the existing Aveley Primary to improve its facilities. 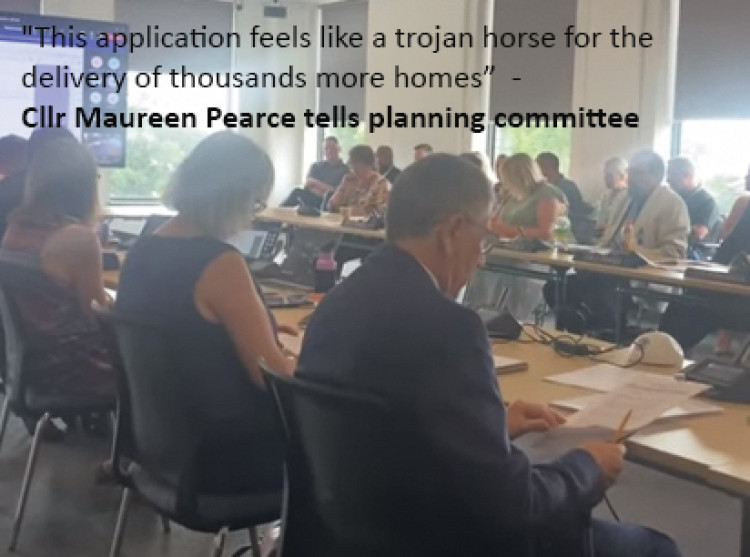 So it seems the new school, to be called the Harrier Primary, is either linked to the Carter Jonas/Scott Properties which adds credence to Cllr Pearce's 'Trojan horse' claim – and if it is not, then the council is fully aware of plans already under development not just to build a different new school but to boost Aveley Primary.

Which surely undermines the prime reason for granting permission for the Harrier School? A need for new school places that are already on the drawing board!

Either way, it poses a new range of questions and given that the council process is now complete, the only person who can change things is the secretary of state for planning.

And the file may soon end up on a Westminster desk.

The information unearthed about the 2,000 home development and the school plan has shocked local Labour Aveley and Uplands ward councillor Srikanth Panjala.

He says: " "Carter Jonas could not have been more specific about the council's role. It says: 'Our planning team has led promotion activities, working closely with the Council to bring forward the development proposals.  This has included an enquiry by design process, led by the Council and assisted by the Prince's Foundation. As part of the proposals, Scott Properties are working with the council to work out how development at the site can provide cross-funding for the regeneration of Aveley high street to further benefit existing and future residents.'

"Yet in the application to the council for the Harrier school it is explicit in saying that there are no current plans for substantial new housing development, so the application must be judged solely on the existing need.

"Not once, as I understand it, within public discussions about the Love Lane school site has there been any mention of this hugely relevant planned development.

"It is difficult to see how officers working on the school application did not know about and in particular it is concerning to me that the assistant director responsible for planning, transport and public protection sat through the meetings and issued not a word. He must, by definition of his job, know about the Carter Jonas proposal and the 'close working' with the council.

"At last week's planning meeting the school was described a 'Trojan horse' by my ward councillor colleague and Conservative member Maureen Pearce. How right it appears she is and it is extremely concerning that councillors and the public are not being given all the facts and all the background about such important matters.

"I plan to work closely with residents, my ward councillor colleagues and residents in asking the government to look at this with a clear, objective and neutral mind.

"This is a battle that is not yet lost as we bid to preserve Aveley's green belt and to stop the urban sprawl that would join us with Purfleet – something the council specifically says should not happen in presentation to the committee."

Labour Group leader, Cllr John Kent, said: "I am disappointed that the Planning Committee has approved this application - I am all for additional school places but they must be in the right location.

"Once again, local residents - and elected councillors - have run up against the barrier of secrecy and manipulation of the truth by this current administration."