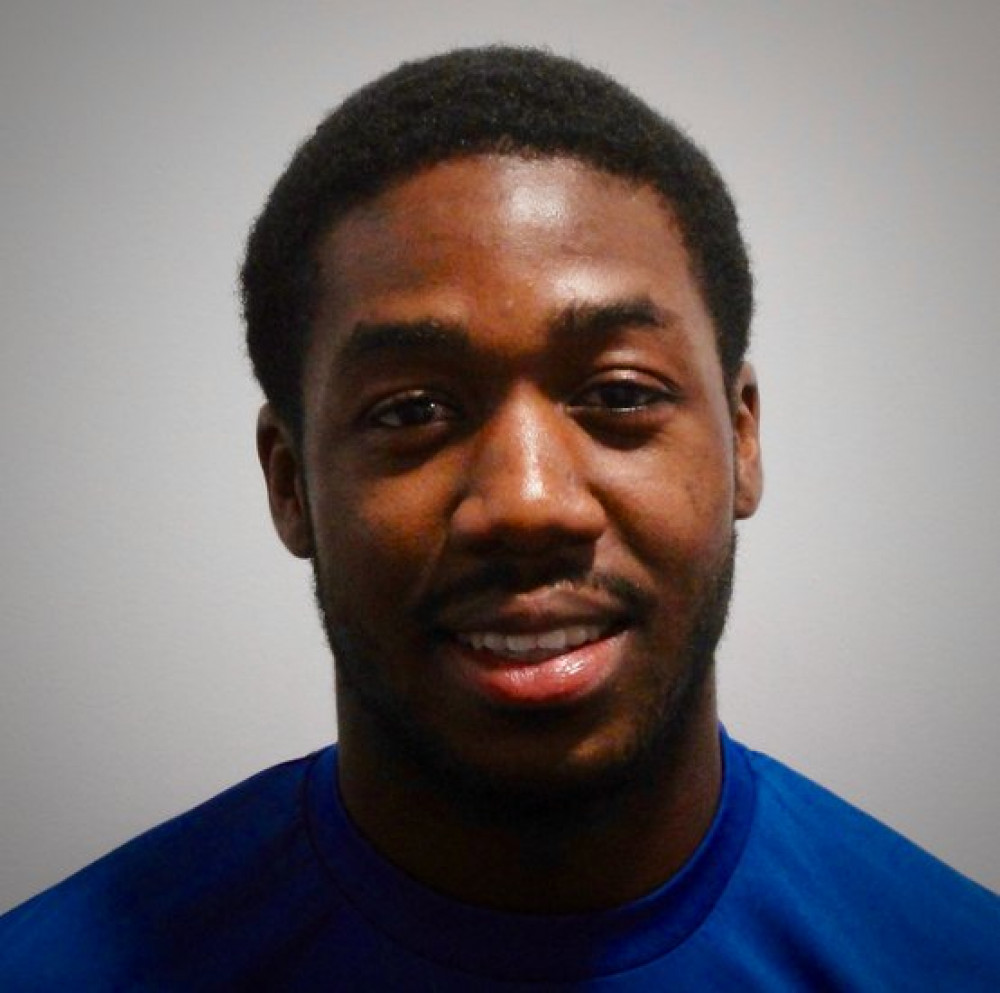 GRAYS could really only have themselves to blame for their first home defeat of the season. Having failed to find any real sharpness throughout the 90 minutes a late equaliser should have sealed a point – but there was a final sting in the tail.

The opening exchanges of the game caused little alarm at either end of the pitch. The fit-again Aron Gordon carried the ball into the Hashtag penalty area on 10 minutes but his final ball across was far to heavy. For the visitors, wing man Jermaine Francis had an excellent afternoon down the right and was soon into his work.

The first chance of the game fell to the Blues on 18 minutes, when Alex Clark crossed but Anointed Chukwu badly misdirected his header on goal. And Grays were made to pay just a couple of minutes later, when the tricky Francis fed Alex Teniola, who finished smartly to give the visitors a 1-0 lead.

Much of the home side's play lacked the fluency seen in previous games, and James Philp in the Hashtag goal was largely untroubled. Something just wasn't working, with Blues resorting to shots from distance. Hashtag were moving the ball well, but they too created few clear-cut chances.

The equaliser came eight minutes before the break, when Geoff Okonkwo and Alex Clark combined well down the left and the latter's fine cross caused panic in the visitors' defence, with Aron Gordon on hand to score from close range.

The pattern of the second half very much followed that of the first. Hashtag were seeing much more of the ball, with the home side looking somewhat bereft of ideas and only a fine goal-line clearance from Okonkwo prevented an early score for the visitors.

But they took the lead again on 57 minutes, when Malakai Toussaint was unfortunate to have the ball ricochet up onto his arm and referee, Mr Oakes, interpreted the law strictly and awarded a penalty, which Football League veteran, Greg Halford dispatched calmly.

And it was visitors who looked the more likely to stretch their lead. Toby Aromolaram shot over the bar, and soon after Blues keeper, Danny Sambridge, was fortunate to be bailed out by skipper Lewis Clark, when his clearance went straight to Jermaine Francis, who failed to make the error pay.

The home side were frustrated by the visitors breaking up of play and hitting the deck with increasing regularity. But, it wasn't until five minutes before the 90, when Grays really woke up. Sam Bantick was fouled on the edge of the box and his free kick was tipped over the bar by Philp. Sub Mitch Hahn then caused confusion in the Hashtag box with another free kick after a foul on George Winn, but there was no blue shirt to finish the chance.

However, with four minutes of injury time already played, Grays thought they had snatched a point with the scrappiest of goals. Callum Watts shot from outside the box and the ball deflected off several players, and somehow had the strength to squeeze between keeper and post. Cue muted celebration as no-one seemed to want to claim the goal !

But still referee Mr Oakes played on, eventually finding an unfathomable eight and a half minutes of injury time. And in the dying seconds, Blues lost the ball in midfield and the ever-lively Francis squared the ball to Teniola who finished acrobatically past Sambrook to take the three points.

A harsh lesson for Grays, who should have closed out the game having scored so late on. But the level of all-round performance needs to lift if the reverses of the past couple of weeks are to be put behind them.