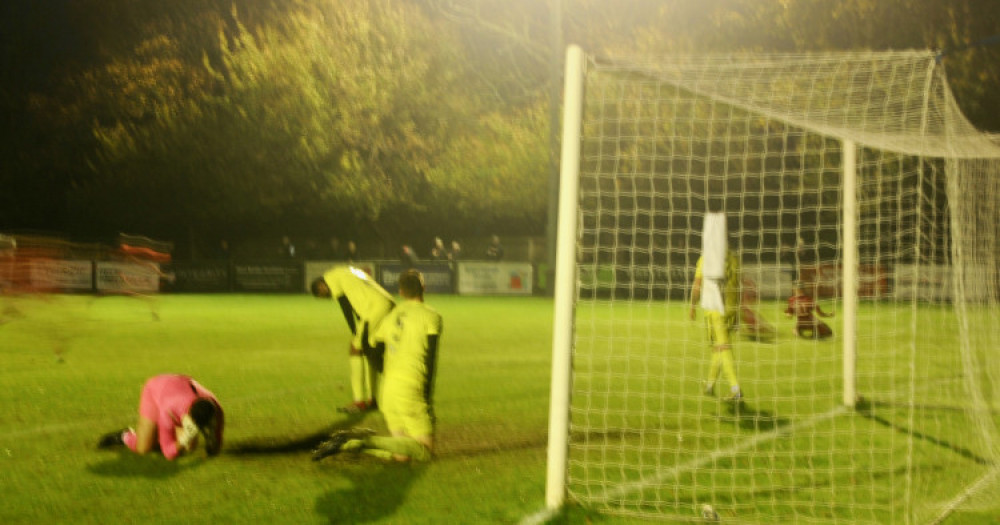 THERE was last minute disappointment for the Dockers after a resilient effort against high-flying Felixstowe on Saturday.

Two corners followed with the attack eventually breaking down with Lewis Jaggs heading wide of the target.

Tilbury were gifted an early lead on five minutes with Callum Robinson dashing from his box to clear a long ball that was played forward by Tilbury. As Robinson left his box he misjudged the bounce and the ball bounced over his head, despite his best efforts to head the ball Martin Tuohy was on hand to pick up the pieces and slot home on his debut for the club.

Tilbury dominated the midfield through the first half with Chris Millar instrumental throughout.

Felixstowe had no real clean cut chances with Tilbury keeper Charlee Jackson only having to deal with a high cross that he handled well. Felixstowe's first real chance of the half came on 43 minutes with Sam Ford striking from the right side with immense power, but the shot went high over the bar. That was quickly followed by a lose ball beating Jackson but Jaggs was on hand to put in a good block to keep it advantage Tilbury at the break.

The end of the first half had brought the Seasiders to life and that made for an exciting second half.

ilbury again had the early chance in the half but this time Tuohy put the ball over the bar. Felixstowe began knocking on the door again with a free kick in a dangerous position on the left of the Tilbury box.

Luckily for Tilbury the kick came to nothing. On 62 mins a spell of continued pressure from Felixstowe resulted in a corner kick for the Seasiders.

The Corner came in landing in a dangerous position for Tilbury. A goalmouth scramble ensued with Felixstowe's Sam Ford getting the final touch to get the ball over the line and level things up.

Felixstowe were beginning to get the upper hand and began to put a tired Dockers team to the sword, with getting the killer touch.

Tilbury were not yet out of the game on 80 minutes a cross from new signing Alfie Whiteaker on the right found David Knight in the box. He set the ball for Charlee Morris who show but the ball was deflected for a corner that ended up being dealt with by Felixstowe.

Tilbury were doing their absolute best to come back down the A12 with something from this game until in the 90th minute a late attack from Felixstowe and a defensive mix up from Tilbury allowed Charlie Warren to slot home andfinally break a resilient Dockers.