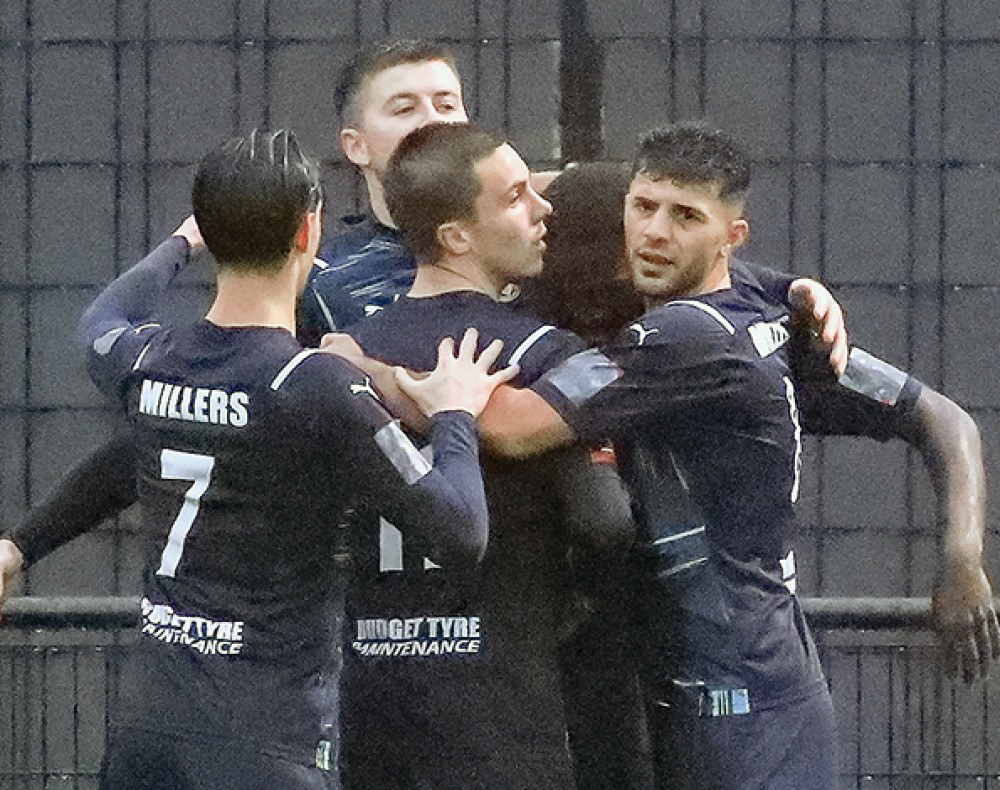 Millers celebrate George Sykes' goal but they were ultimately to be disappointed. Picture by Kevin Lamb (Lambpix).

A DISAPPOINTING and very wet day saw Aveley miss out on the chance to go top of the Isthmian Premier table as they succumbed to defeat at the hands of lowly Bowers & Pitsea.

Defeat was all the more disappointing as the Millers held the lead after George Sykes continued his recent run of goalscoring with the game's opener on 56 minutes.

It was goal, nodded home after a cross from the right, that was a long time coming as the visitors dominated most of the play and was Sykes' 56th goal for the club on his 100th appearance for Aveley.

With a much-deserved lead in hand it seemed likely that Millers would take the honours. They went close to what would probably have been a match-sealing goal on 70 minutes when Blaise Riley-Snow smashed a shot against the bottom left hand post and it was to be a near miss that Millers were to rue.

As the clock ticked down Bowers began to press Aveley back for the first time in the game and they went close with their own effort that came back off the woodwork.

And on 77 minutes they found themselves on level terms when a cross from the left was fired home by Mobolaji Dawodu.

Things got even worse for the visitors a minute from the end when Elliott Sartorius' effort took a deflection to beat Jonathan North and the Millers were beaten.

Aveley will be back in action in midweek when they travel to Conccord Rangers in the Essex senior Cup third round.