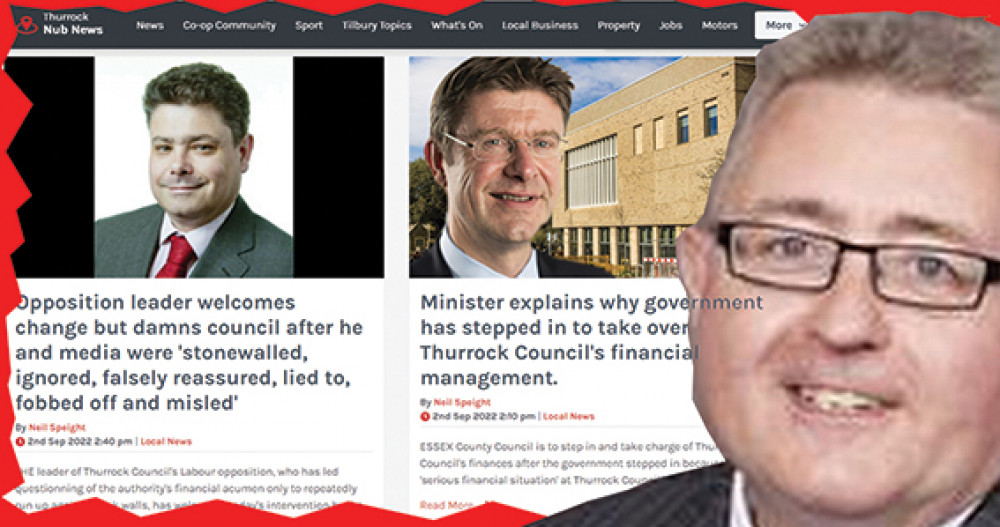 THE government has released some of the reasons why it has intervened in the financial affairs of Thurrock Council - suggesting serious allegations about its management.

At lunchtime today (Friday, 2 September), the Conservative-controlled council's leader Cllr Rob Gledhill, quit his post and spoke of his concern over the way council affairs had been managed. He appeared to absolve himself and Conservative colleagues from blame and levelled the problem at officers who has misled elected councillors.

That is despite consistent questions and criticism of the way the council was conducting its business from informed media and opposition councillors.

Though it is impossible that leading councillors were not aware of those concerns, referring directly to the authority's controversial 'borrow to invest' strategy which Cllr Gledhill and Conservative colleagues have previously backed to the hilt, he said: "It has become clear over the past few months that the situation regarding council investments, and subsequently its finances, has not been as reported."

He was backed up by a statement from the local Conservative group which said: "We have become deeply concerned over the past few months at the way investments have been made and handled by officers despite questions from across the council."

Those questions have come from the opposition group and media, with leading Tories including former finance portfolio holder Cllr Shane Hebb, and latterly his successor Cllr Jack Duffin regularly denouncing press and opposition concern and saying the council's finance were in a good position."

As recently as last December Cllr Hebb was saying the council's financial strategy was 'a force for good'.

Today, those assurances look like a huge embarrassment to the Conservative group who appear to have spent several years defending the indefensible.

The council's chief executive, Lyn Carpenter, has been told the scale of the financial and commercial risks potentially facing the council, 'compounded by its approach to financial management and the seriousness of the allegations that have been made by third parties about the processes that have been applied to the operation of the authority's commercial strategy."

Those damning words came from the deputy director of local government stewardship, Max Soule, who outlined the reasons for the intervention by the Department for Levelling up, Housing and Communities in a letter to the council's chief executive, Lyn Carpenter (viewable in full via this link).

He said the government had to act because of the failure of the authority to provide assurance to ministers and the department on the adequacy of the actions that they are taking to address the issues, taking account of the scale and pace of the response required. 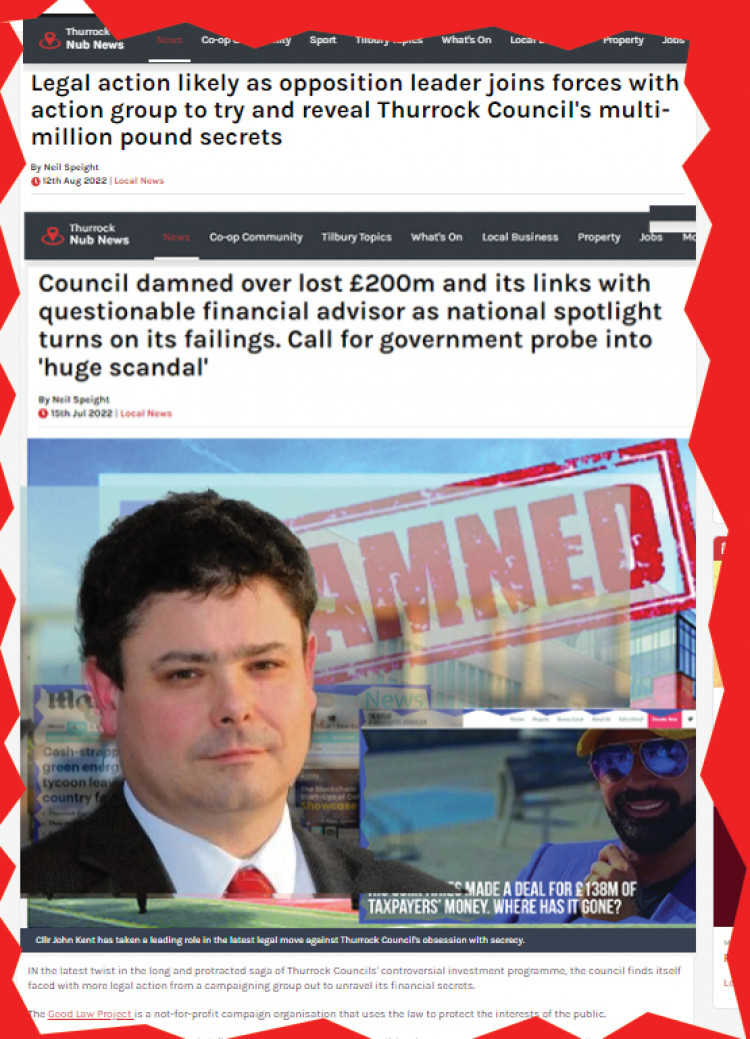 Itwould appear likely that the third party allegations relate to the actions of the Good Law Project, which recenlty launched a legal action against the council in a bid to force it to tell the truth about its financial position and its dealings with a disreputable financial advisor. It is reported by experts that the council could have lost as much as £200 million in dodgy deals.

And it appears that Sean Clark, the 'guru' and lead for the authority's controversial 'borrow to invest strategy' has left the council. The message from Mr Soule referred to sending information to the 'acting section 151 officer'. Mr Clark was the incumbent 151 officer. There has been no official word from to council about any of the issues brought into the public doman today.

Mr Soule also points out that any solution to the problem will not come cheap.

The government has drafted in leading officers from Essex County Council to try and resolve issues. ThEssex will become a 'Commissioner' managing and monitoring Thurrock's affairs.

That comes at a cost. Mr Soule says to Ms Carpenter: "Directions require your authority to pay the Commissioner reasonable expenses and such fees as the Secretary of State determines to be paid to them.

"The Secretary of State has not ruled out the possibility that further functions might be brought under the control of the Commissioner."

"The Secretary of State is mindful of the need for Commissioner remuneration to represent value for money for local taxpayers. In recognition of the nature and scale of the intervention, he has determined fees of £1,100 per day and Essex County Council will be paid the equivalent up to a maximum of 150 days per annum for each year.

"The Secretary of State also expects the Commissioner to be paid reasonable expenses in accordance with the rules for senior officers set out in your authority's staff handbook."

That could cost Thurrock council taxpayers well in excess of £165,000 in the coming months!

Mr Soule also warns that things could escalate quickly adds: "The scale and nature of the issues is emerging rapidly, and the Secretary of State is concerned that further evidence of failure could come to light very quickly and require prompt action."

The leader of Thurrock Council's Labour opposition has delivered a damning indictment of the council administration. Cllr John Kent said: "Throughout, we have been stonewalled, ignored, falsely reassured, lied to, fobbed off and misled."

Thurrock Nub News understands a number of backbench Conservative councillors have delivered an equally damning critique of their leaders today and they fear that what may ultimately happen is Thurrock being absorbed into Essex County Council.

That is in part fuelled by the government comment: "The Secretary of State has not ruled out the possibility that further functions might be brought under the control of the Commissioner."

One told Nub News: "When you are told by your leaders and to your face by an officer who is on mega money, that the council's investment and financial affairs are in good order you have no other option but to believe it's the truth."

That appears to have been a misguided belief that has seen Thurrock Council and the local Conservative in a world of blame and recrimination today.