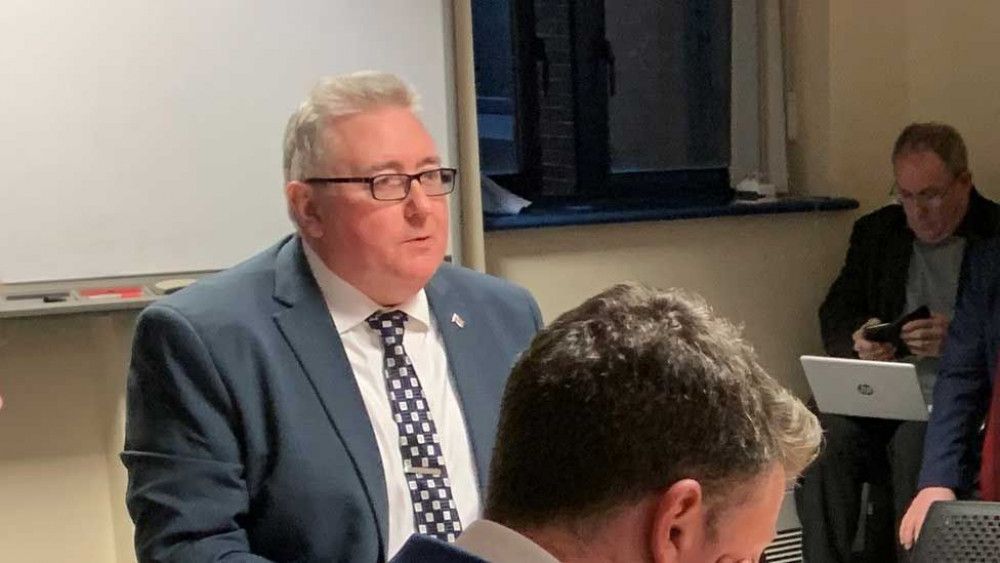 Rob Gledhill - Leader has fallen on his sword and quit role but so far he is the only 'official' casualty.

AS the full repercussions of Thurrock Council's financial crisis continue to unravel, it has become clear that blundering, and possibly illegal decisions, made by the authority's hierarchy might have far reaching consequences well beyond the borough.

Almost a billion pounds of debt accumulated by Thurrock Council can be tracked back to other regional councils – who now face the risk of going under because Thurrock can't pay back what it borrowed.

Over the past couple of years, despite intense media pressure from Thurrock Nub News and other media organisations including the Bureau of Investigative Journalism, the Financial Times and the BBC, the council has tried to draw a veil of secrecy over its obligations and its debt.

Now the government has confirmed that Thurrock has incurred an 'exceptional level of external borrowing' and is one of the most indebted and highly leveraged of all local authorities.

It has published a 'memorandum of understanding' outlining the situation and appointed a 'commisioner' - Essex County council - that will run the authority's finances for the next three years at a cost of £1,100 a day up to a maximum of 150 days per annum for each year.

The full text of this can be read below.

The government has confirmed that the council's total external borrowing in June this year was £1.5 billion, of which a significant amount - £0.94 billion was short term loans from other local authorities. If it can't be paid back, those councils could also be in deep trouble and unable to run their services.

It is that level of debt – and the threat of financial carnage to a number of other councils - that the government has stepped in.

It has ordered the council to open up its books and tomorrow (Monday, 5 September), senior officers from Essex County Council will arrive at the civic offices with a mandate to dig deep and quickly into the mess that Thurrock council's finances are in.

It is likely that serious failings by the council are yet to come to light, though some of them were exposed by a report earlier this year - exclusiveley highlighted at the time by Thurrock Nub News. The council declined to comment on the report and senior Tories also refused to answer questions about it. Some may never see the light of day as the government says "The Secretary of State is mindful that releasing that information at this time could be of greater detriment to the residents of Thurrock."

And the governmednt has warned that other functions of the council may be taken out of its control, saying: "The Secretary of State has not ruled out the possibility that further functions might be brought under the control of the Commissioner." 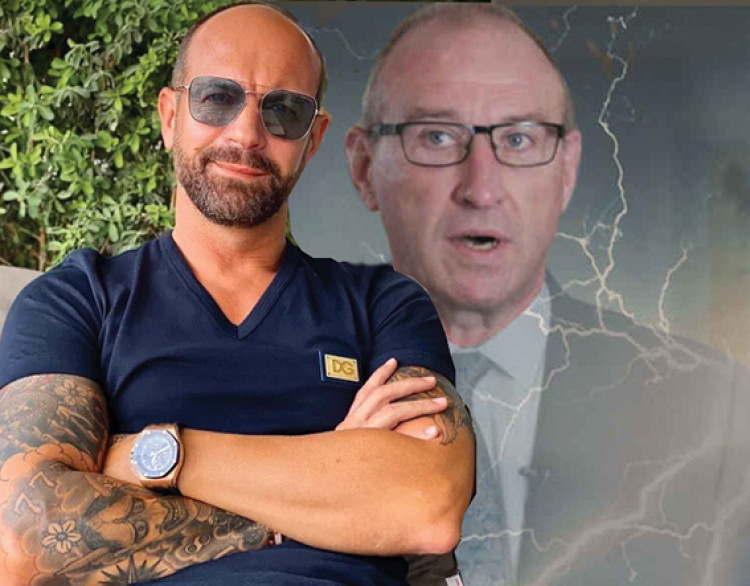 Thurrock Council leader Cllr Rob Gledhill has already resigned in the wake of the government intervention – but at the moment he appears to be the only casualty apart for the council's financial director Sean Clark, who has gone to ground. It appears he quit his role some time ago and an acting senior financial officer has been appointed in his place – but in keeping with the council's longstanding policy of secrecy and lack of transparency, the council has said nothing about his departure or what is happening.

The council's chief executive, Lyn Carpenter – on whose watch all the financial shenanigans have happened – has also remained publicly silent.

Her communications team, through which she has directed campaign of obduracy against the media and Thurrock Nub News in particular, did issue the following statement: "Thurrock Council is treating this situation extremely seriously and has been working with the Government in recent weeks, as well as independent financial and legal experts to fully understand how the situation has arisen and establish a comprehensive resolution plan to safeguard the council's financial position.

"We are grateful to the government for the support they have given us and welcome the action to instigate intervention and provide additional assistance. The council will cooperate fully with the appointed commissioners to work to protect the interests of and services for the people of Thurrock."

Why the government had to intervene.

Media and opposition were 'stonewalled, ignored, falsely reassured, lied to, fobbed off and misled'

The Memorandum of Understanding.

1. The Secretary of State for Levelling Up, Housing and Communities ("the Secretary of State") has exercised his powers under section 15(5) and (6) of the Local Government Act 1999 ("the 1999 Act") in relation to Thurrock Council ("the Authority") to secure its compliance with the best value duty.

2. This Memorandum is intended as a companion document to the Directions issued on 2 September 2022. It summarises the circumstances in which the Secretary of State has made the Directions, his reasons for this exercise of his powers, and the implications of the Directions for the Authority.

The context for the Directions

3. The Department has been aware of concerns around Thurrock Council's investment activity and external borrowing over a number of years and has been closely monitoring the current situation in Thurrock.

5. The feedback report of the Local Government Association (LGA) Corporate Peer Challenge of Thurrock Council (10 to 13 January 2022), published in July 2022, echoes the Department's concerns regarding the Council's financial strategy, and also raised a number of concerns relating to decision making processes and governance arrangements.

6. There have also been serious allegations made by third parties about the processes that have been applied to the operation of the Council's commercial strategy, and concerns raised around the financial and commercial risks potentially facing the Council.

7. In light of the above, and on the basis of discussions between the Department and the Council, the Department is particularly concerned about the scale of the financial and commercial risks potentially facing the Council, and the failure of the Council to provide assurance to Ministers and the Department on the adequacy of their actions to address the issues, considering the scale and pace of the response required.

9. The Secretary of State has deemed it prudent to forego the period of representation, given the gravity and time-sensitivity of the financial issues, as is his discretion under section 15(11) of the 1999 Act. He considers that there is a pressing case for urgent government action to protect the interests of the residents and tax-payers of Thurrock, as well as to provide assurance to the sector that action is being taken. The scale and nature of the issues is emerging very quickly, and the Secretary of State is concerned that further evidence of failure could come to light very quickly and require prompt action.

Powers to be exercised by the Commissioners

The evidence raises serious concerns regarding the Authority's financial position, and its financial reporting and governance arrangements.

For example, it is unclear if the current arrangements provide the overview and scrutiny or assurance necessary for the Authority's leadership, both officers and members, to fulfil their responsibilities or have confidence in the evidence presented to them to support decision-making.

Concerns have also been raised over corporate governance processes.

Again, in practice, most decisions are expected to be taken by the Authority; however, the Directions are designed to give Commissioners the power to tackle the weaknesses the Report identified to make sure that the Authority is better equipped to meet the requirements of Part I of the 1999 Act

The Secretary of State considers that most decisions should continue to be made by the Authority.

Commissioners will uphold proper standards and due process and recommend action to the Authority.

The exercise of these functions should enable the Commissioners to make sure that the Authority has made sufficient improvement within the next three years to be able to comply with its best value duty on a sustainable basis. Directions to the Authority

To achieve and facilitate the objectives of the intervention, the Secretary of State has also directed the Authority to take the following actions:

a. Prepare and agree an Improvement Plan to the satisfaction of the Commissioner (which may include or draw upon improvement or action plans prepared before the date of these Directions) within 3 months, with resource allocated accordingly, to include at a minimum:

b. To report to the Commissioner on the delivery of the Improvement Plan at 6 monthly intervals, or at such intervals as Commissioners may direct.

c. To undertake in the exercise of any of its functions any action that the Commissioners may reasonably require to avoid so far as practicable incidents of poor financial governance or financial mismanagement that would, in the reasonable opinion of the Commissioners, give rise to the risk of further failures by the Authority to comply with the best value duty.

e. To provide the Commissioner, at the expense of the Authority, with such reasonable amenities and services and administrative support as the Commissioners may reasonably require from time to time to carry out their functions and responsibilities under these Directions;

f. To pay the Commissioner reasonable expenses, and such fees as the Secretary of State determines are to be paid to them.

g. To provide the Commissioner with such assistance and information, including any views of the Authority on any matter, as the Commissioners may reasonably request; and

h. To co-operate with the Secretary of State for Levelling Up, Housing and Communities in relation to implementing the terms of these Directions. Duration of the intervention