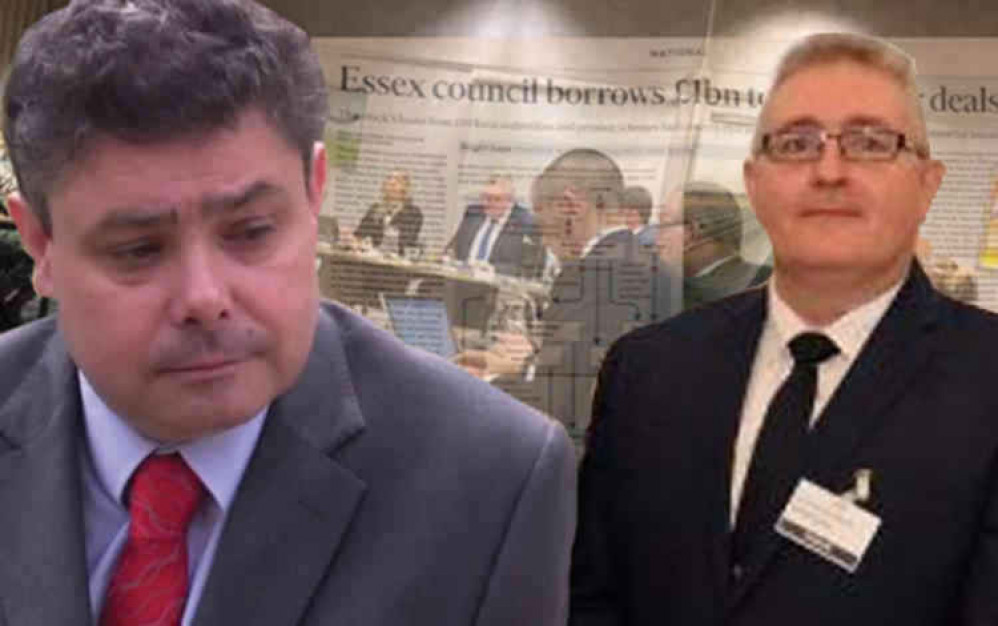 THURROCK Council leader Cllr Rob Gledhill has found himself in the public firing line after a number of issues have been raised surrounding the authority's controversial policy of borrowing money to invest in money-making projects.

In particular the council's investment in green energy farms has prompted opposition leader Cllr John Kent to table a number of public questions. They come in the wake of a legal challenge being made by an investigative journalism agency into secrecy surrounding the deals.

Cllr Kent also wants answers and had previously called for more openness. Now he has published an open letter to Cllr Gledhill.

"As leader for the last four years, I expect the chief executive and the council's senior management team keep you fully briefed on any significant investments involving millions of pounds of council assets – it would be worrying if this was not the case.

"As you will know, the proceeding in the High Court centres on allegations that 15 of 19 solar energy sites the council has invested in are 'blighted by defects.' These legal proceedings are continuing but have already raised a number of questions for you specifically, as leader of the council, to answer.

"As you are aware these proceedings date back to late 2017 and, we are told, the Toucan prospectus advertising the opportunity to invest in the refinancing of these sites was issued after legal proceedings had begun – so after £20 million worth of defects had been identified.

"In a statement issued on 16 October 2020, the Council stated 'On all the projects in which the council has invested it has undertaken its own due diligence and sought appropriate independent advice. All of the council's investments continue to perform as anticipated and have secured the returns required.'

* Can you explain why this was not picked up during the council's "due diligence" process?

"The court was told Thurrock Council has invested £145 million to finance the purchase of these sites.

* Is that figure accurate?

"The court heard that the sites are worth £20 million less than Toucan paid for them. This will, clearly, impact the value of the council's investment.

* What have you calculated the cost of this impact to be?

"The court was told that Thurrock Council was the only potential investor that was offered this prospectus.

* Were you aware of that at the time?

"The court heard the prospectus, which is a formal document covered by FCA regulations, described the sites as "fully operational," it didn't mention the alleged defects or the ongoing legal dispute.

"The court was told the £5 million arrangement fee wasn't made clear in the prospectus.

* In light of these revelations, will you be requesting an FCA investigation into this deal?

"Members have consistently been assured that arrangement fees, or commission, have not been paid in regard of any of our renewable investments – indeed, the S151 officer repeated this assurance in his email to us of 13 October which said: "The council has not paid an arrangement fee for this or any other investment, we have only ever advanced funds against the value of assets covered under the bond instrument that have been supported by the due diligence we have previously reported on."

"Yet, Mr Kavanagh has, in court, confirmed that an "arrangement fee" of £5 million was paid to him in respect of this £145 million investment. Furthermore, Thurrock Council has £450 million invested in solar energy through his company Rockfire.

* Why does the council statement on 13 October contradict what was said under oath in court?

"I look forward to seeing your response to the specific issues I have raised with you shortly."